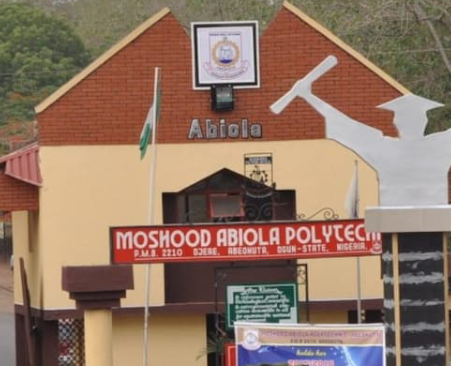 The acting Rector, Dr Adeoye Odedeji, said 30 of them were summarily expelled, while 60 others were suspended by the management.

He disclosed this during the matriculation and oath-taking ceremony held at the institution on Thursday.

“Your primary aim on this campus is to obtain a certificate which will help you achieve in life. Be informed that management frowns at some anti-social behaviours, examination misconduct, indecent dressing and secret associations which you have sworn against today.

“The Polytechnic recently expelled 30 students and suspended another 60 students for examination misconduct,” he said.
The acting Rector also warned that “students are not allowed to enter the school premises with cars that have tinted glasses, for security reasons.”

Odedeji said, “As fresh students, know those who you associate with; refuse any unsolicited assistance from any quarter; run away from anything that is capable of dragging the name of the Institution and your families to the mud. Rather, invest your energy in positive and productive works that will write your name in gold.”

NIGERIA TO COMMENCE PRODUCTION OF MILITARY, PARAMILITARY UNIFORMS IN 2023