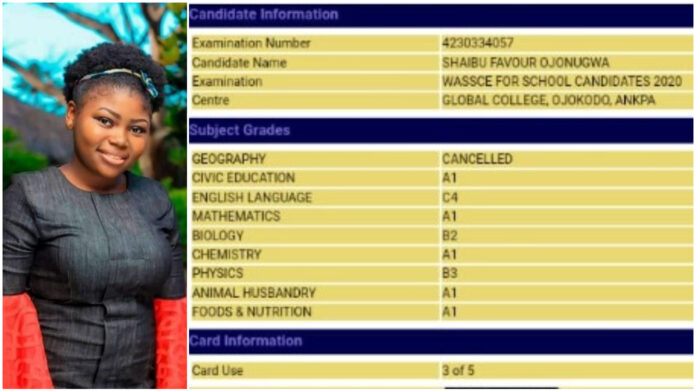 – A Nigerian teenager, Shaibu Ojonugwa Favour, has made great success in her WASSCE exams

– Out of all the subjects the student sat for, only Geography was cancelled with a C4 in English Language

A 17-year old Igala born girl, Shaibu Ojonugwa Favour, was confirmed to have made distinctions in her West African Senior School Certificate Examination (WASSCE) paper, a feat not many students her age can boast of.

Favour who hails from Ibana in Okpo of Olamaboro local government area of Kogi state graduated from Global College, Ojokodo in Ankpa where she came out with 5As and 2Bs – a number of distinctions that is hardly heard of in her school.

Report gathered that Onoja Johnson in her subjects combination, Favour was able to hit Food and nutrition studies with (A), civic education (A), mathematics (A), animal husbandry (A), chemistry (A). Physics and biology came out as B’s and English very good.

Recall that a 16-year-old girl identified as

Ugboaja Chizobam Stephany emerged as the best WAEC candidate of 2019 after scoring as in all the subject she sat for.

According to the report, Chizobam who hails from Imo state and graduated from a school in Port Harcourt was said to have received 100% scholarship to study abroad by a Nigerian living in the diaspora. 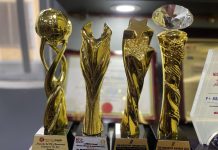