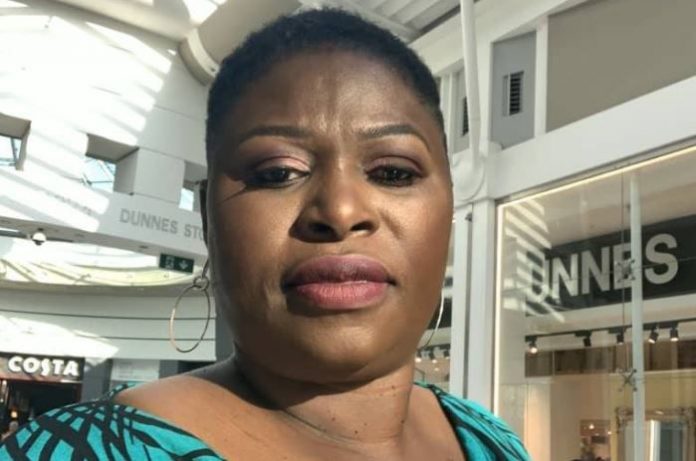 The one who guards his mouth preserves his life; the one who opens wide his lips comes to ruin. Proverbs 13:3. This has become the story of Maureen Badejo the hustler, who chose to battle with the very battle axe of God.

Some time ago, this woman started blogging iniquitously about the mountain of fire and miracles ministries and the general overseer of the ministry; this spurred my interest to investigate the matter because the ministry and the person in question represent uprightness and righteous living in the body of Christ.

One thing I didn’t want to let happen was for this woman to mislead young believers as well as pollute the minds of the general public with her sore thoughts, for this reason, I went into proper investigations to unveil the truth knowing the kind of person Maureen Badejo truly is.

This I did with previous articles, debunking her FALLACIOUS COCK AND BULL STORIES, FABRICATED LIES and all sort of ACTS PUT UP IN HER SHOWS PROPAGATED THROUGH HER FACEBOOK YOUTUBE AND OTHER SOCIAL MEDIA PLATFORMS about Mountain of fire and Miracle ministries MFM and the General overseer Dr.DK Olukoya, all in the bid to generate views and make money.

Though through investigations we found out that she was been furnished with outrageous fabricated stories by a group of rogue pastors that were disciplined or rather sent out of the ministry for bad behaviour or gross misconduct, and were looking for ways to get back at the ministry as well as the general overseer.

Unfortunately for her, MFM and the General Overseer sued Maureen Badejo for libel and defamation of character.
A JUDGEMENT WAS GIVEN IN THE HIGH COURT QUEEN’S BENCH DIVISION IN ENGLAND which found her GUILTY FOR DEFAMATION AND LIBEL AND GRANTED PERPETUAL INJUNCTION AGAINST HER, this she APPEALED

Typically, when a proper appeal is filed, the Court hears arguments from Counsels on both sides and after a studied consideration of those arguments, makes a decision either to allow the appeal or to dismiss it.

IN EXCEPTIONAL CASES, HOWEVER, WHEN AN APPEAL IS MANIFESTLY PUERILE AND UN-MERITORIOUS THE APPEAL COURT HAS THE POWER TO SUMMARILY DISMISS IT WITHOUT WASTING TIME TO LISTEN TO ARGUMENTS. THIS IS THE FATE THAT RECENTLY BEFELL MAUREEN BADEJO’S HAPLESS APPEAL yesterday the 12 of October 2021 THIS IS THE MOST RECENT TWIST IN HER COMEDY OF ERRORS.

Let me remind you that when the Nigeria court gave her judgment, she called it kangaroo judgment and all sort, Had it been that it was the Court in Nigeria that exercised her power in this manner, it is almost certain that Maureen would have battered their character and name in her characteristic categorization of the Judiciary in Nigeria as fantastically corrupt and not capable enough to express justice with due diligence. We dare her to make similar gutter utterances over the United Kingdom Judiciary.
FEMI OYEWALE, We will always stand for the truth