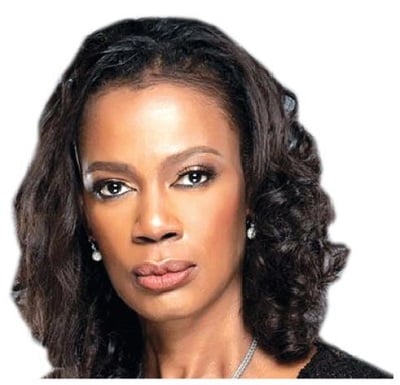 Recently crowned Outstanding Corporate Communications Personality of the decade, Bola Atta has earned her right and place in the media, marketing and corporate communications niche in Africa.

Notably, her current position as Group Director, Marketing & Corporate Communications Department, United Bank for Africa (UBA), as well as the CEO of UBA Foundation, positions her to oversee the designing and mapping out of marketing and corporate communication strategies across eighteen countries.

Atta graduated from the University of Sussex with Bachelors’ degree in Economics in 1988, and completed her MBA, majoring in Marketing, at Duquesne University in 1991.

Speaking about how she came about her career choices, she said in an interview that she chose to follow the path of least resistance when she decided to work in the banking industry at first.

“So when I say that I thought I would work in finance, this was not necessarily because I particularly had a passion for it, but because I was good in maths and later in economics and I thought that was the way to go,” she said.

Atta soon got bored and decided to go with her passion, and so delved into publishing. She was Editor-in-Chief of True Love West Africa Magazine, an entertainment-savvy and fashion-forward publication for almost six years, between 2004 and 2010.

In May 2010, she moved to head Flair Productions, West Africa and spent about a year and a half there as the CEO. She was also Executive Producer of Africa’s Next Top Model, a reality television show and spin-off to America’s Next Top Model show which premiered in 2012.

Atta worked as the Program Manager for M-Net (Electronic Media Network) West Africa. During her time, she drove for more channels promoting Nigerian and African movies.

She worked on the concept, development and programming of this channel – ‘Africa Magic’ which was successfully launched in 2003 and is now one of the most-watched channels across the African continent.

She was appointed Group Director and Head, Marketing & Corporate Communications, UBA Plc. She is also now the Executive Producer of REDTV, an online network that UBA supports.

In a way, this brings Atta’s wealth of experience in the entertainment sector to bear on REDTV, and the results for the platform has been nothing short of stunning over the last couple of years.

Atta heads the UBA Foundation as CEO – a body that has been impacting lives through grants and other initiatives.

In an interview, Atta stated that her way of dealing with challenges that have come her way over the course of her almost three decades career was to pause and strategise.

According to her, ‘‘No matter what one is confronted with at every point, there is always a way out of every situation.” She noted also that the diversity and sheer size of UBA has challenged her to grow even more.

A woman of many parts, Bola Atta has earned a number of accolades and awards over the span of her career. She was nominated among the 40 top Nigerians under 40 in 2008 and was also listed among the 100 most influential women in Nigeria in March 2015. She was awarded the Best Marketing Professional in West Africa in 2017.

She wrote on her Linkedin page: “I have always loved doing what I do and my objective has never been acclaim or recognition. It’s the milestones; the changing lives! Therein lies the fulfilment.

However, it is nice sometimes to receive an award especially from a highly reputable source. Grateful for the award as the Outstanding Corporate Communications Personality of the Decade. Wow! Thank you Marketing Edge!”

Also recently, she received the honour from MIPAD as one of the world’s most influential 100 creatives of African descent for 2021. Atta was selected to be among the 100 panel of Judges to determine the winners of the 2020 prize for APO Women in Journalism Media award.

The award recognizes, celebrates and empowers African women in the Media and also supports female entrepreneurship throughout the African Continent.

The list of the panel of judges included top Corporate Communication experts from reputable Organisations across the world including the likes of Microsoft, African Development Bank, ADB, FIFA, Coca Cola, Master Card, Harley- Davidson, LEGO, Twitter among others.

MESSI SHOULD HAVE BEEN SOLD, SAYS BARCA BOSS TUSQUETS