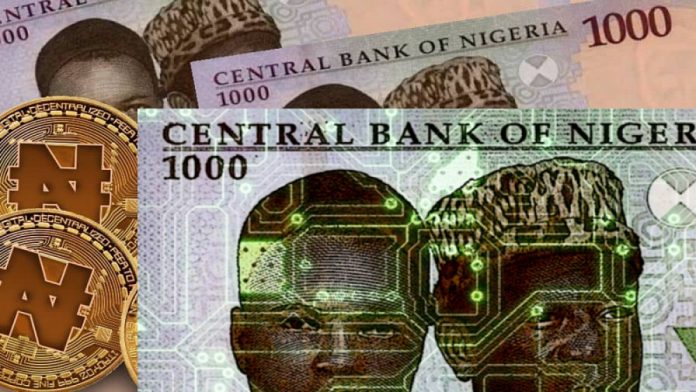 The Central Bank of Nigeria has stated that the e-naira which will be launched on October 1, is a legal tender equal to the naira and must be accepted as a form of payment by all merchants and business establishments.

Mr. Musa Jimoh, the CBN Director of Payment System Management, stated this during an appearance on Channels Television’s “Business Morning.”

Anywhere in this country where e-naira is presented, it must be accepted. So, merchants must accept e-naira as a means of payment.”

He recommended that Nigerians should open e-naira wallets, which can be downloaded on mobile phones starting October 1, and said the Central Bank of Nigeria (CBN) was responsible for all liabilities.

Report gathered that Nigeria’s Central Bank planned to own a stake in Bitt Inc. It was stated that one of the conditions being considered for accepting Bitt Inc was for the company to register in Nigeria as a Limited Liability company allowing the central bank to own shares in its Nigerian entity.

The Governor of the Central Bank of Nigeria has stated that Bitt Inc, the company developing the country’s digital currency, eNaira, is not his company.

The Central Bank of Nigeria (CBN) has announced that the Nigerian International Financial Centre (NIFC) will be established to act as a gateway for funds and investments into the country.

IF I HAD SECOND CHANCE, I’D STILL MARRY ODUMAKIN — WIDOW

OSUN COLLEGE STUDENT ABDUCTED FROM HOSTEL, RESCUED BY THE POLICE