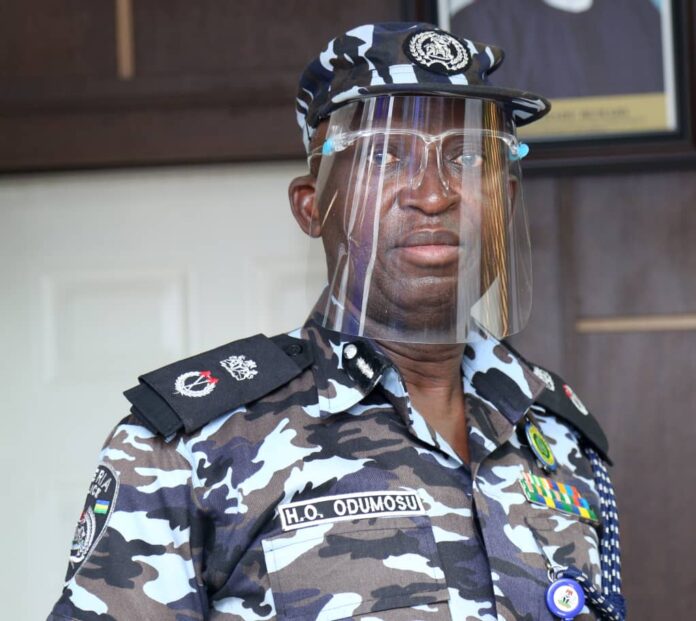 The Lagos State Commissioner of Police, CP Hakeem Odumosu, has ordered for the arrest of thirteen (13) leaders of warring groups of Gengere Community, Mile 12, Ketu Area of Lagos State for their alleged involvement in the crisis that was orchestrated by some hoodlums in the Community on 30th April, 2021 at about 3.3pm.

This was disclosed by the Spokesperson of the command CSP Olumuyiwa Adejobi (mnipr) to Hybrid Online News Nigeria.

The order for the arrest of the leaders was given during interrogation and interview session with the leaders by the Commissioner of Police at the Conference Room, State Headquarters, Ikeja, today Tuesday 4th May, 2021.

Based on preliminary investigation, the Commander Security Committee in Gengere Community, Alhaji Alidu Mohammed, was alleged to have disrespected and blasphemed Prophet Mohammed (SAW) and the hoodlums went on rampage, attacked him, set ablaze his two (2) cars, vandalised one of his houses and set ablaze a small building belonging to one Alhaji Mamuda, m.

In response to the crisis, the Commissioner of Police immediately deployed additional policemen to the area where forty five (45) suspects were arrested. As a result of the crisis, one Papa Mohammed, m, who was stabbed on 30th April,2021, gave up the ghost while on admission on 1st May, 2021.

In the bid of the Command to restore normalcy and maintain law and order in the area, the Commissioner of Police, today, Tuesday 4th May, 2021, ordered for the immediate arrest of the leaders of the warring groups who have been fuelling the crisis in the area as the warring parties still plan for continuous attacks on one another.

The Police boss also directed the Deputy Commissioner of Police, State CID, Panti, DCP Adegoke Fayoade, to immediately take over the case and carry out discreet Investigation into the general crisis in the area particularly the murder and arson cases recorded during the crisis.

OVER 1 MILLION PEOPLE TOOK LOANS FROM BANKS BELOW 20% INTEREST...