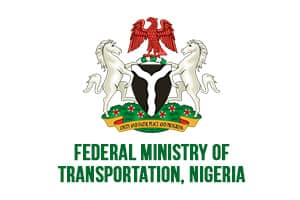 Ubani and Nwokwu had last month sought details of the controversial rail project using the FOI Act insisting that Nigerians deserve to know amongst other things the economic benefits of the project, including the funding mechanism.

In what appears to be a clear departure from government agencies’ usual dismissal of FOI request, the Ministry last week responded to the demand and gave more details of the project.

On the cost of contract, the Federal Ministry of Transport insisted that the actual cost of the project is USD 1,959,744,723,71 (One Billion, Nine Hundred and Fifty Nine Million, Seven Hundred and Forty Four Thousand, Seven Hundred and Twenty Dollar and Seventy one Cent) inclusive of 7.5% VAT.

On the awarded contract documents and names of the firm and procedures for bidding, the Ministry said it advertised for qualified contractors to bid for the project in two national newspapers in 2018 and submission of the RFQ closed by 12 noon on the 19th of June, 2018.

Part of the response from the Ministry reads “Evaluation of RFQ commenced on the 5th of July, 2018 and ended on 9th of July, 2018. Following the exercise, seven out twelve companies that responded to the RFQ were shortlisted and issued Request for Proposal (RFP) on the 31st of July, 2018. Bids were subsequently opened on the 30th August, 2018 at FMoT
“Mota-Engil Africa in line with the ICRC guidelines and Public Procurement Act, 2007, was recommended as the preferred bidder for the Project haven been ranked first for submitting an excellent response to the RFP, and providing all the required information.

It also had good financial and technical credentials responsive to the project requirements and has relevant experience in Africa and emerging economies.”

The FOI response also stated that FMoT, the federal Ministry of Finance, Budget and National Planning and Mota-Engil Africa are negotiating the Contract Agreements and financing at the moment.

On budgetary allocation for the rail project, the Ministry claimed in its response that the project is to be 100% funded by Messrs Mota-Engil Africa under an Engineering, Procurement, Construction, and Financing (EPC+ F) model through combination of lenders from Export Credit Agencies (ECA) and commercial facilities backed by a sovereign guarantee.

It however failed to provide any Memoradum of Understanding or agreement between the Fedral Ministry of Transportation and MotaEngil to this effect.

Enumerating the economic benefits of the project, the Ministry said its study estimates a total cost of road accidents saved per year is USD 57,224,095. Other economic benefits according to the Ministry include, saving from greenhouse gases reduction, saving in road maintenance and promotion of Intra Africa Trade.

Ubani in a statement made available to this medium commended the unusual timely response of the Ministry, he however added that he would study the response along with his partners to fashion out the best possible response. The method of funding and the liability of the funding on Nigerians, to him, appear suspicious.

According to him the contract papers were not provided by the Ministry in clear compliance with the Freedom of Information Act.

Their detailed response to this information as provided by the Ministry shall be made public soon after critical study, he concluded.