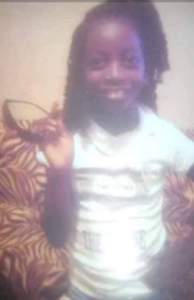 A girl said to have died after being thrown into a soakaway has been reportedly rescued alive.

Blessing Ineh A miracle has been witnessed in Delta state after a teenage girl missing for days was found alive. According to HGS Media Plus, the 12-year-old girl identified as Blessing Ineh got missing for 5 days. The victim was found inside a soakaway pit on Tuesday, January 5 at the back of her family house.

An earlier report had stated that three young men raped and stabbed her in the back and then slit her throat before throwing her into the pit. Report learnt that Blessing went missing on New Year day, January 1 when her parents sent her on an errant.

It was also gathered that a child alerted the neighbors after hearing the cry of the victim from inside the soakaway.

The body of the victim was said to have been covered with native chalk which made people believe she might have been kidnapped for ritual purpose. Meanwhile, report gathered that a suspect identified as ‘General’ was arrested.

He was said to be the victim’s neighbor. Report gathered that the victim mentioned the suspect’s name as one of the three men that kidnapped her The suspect was said to have called the victim and then lured her before kidnapping her.

She was however dumped Inside the soakaway after they were done with what they needed her for. The victim is currently receiving treatment in an undisclosed hospital.