GSM Association (GSMA) has stressed the need for everyone to be connected to the internet, saying the mobile industry has a critical role to play in the reduction of poverty and improved livelihood, with the internet as a veritable platform.

The trade body, which represents the interest of mobile network operators worldwide in a statement laments the failure of four billion people across the world to access the internet and their inability to benefit from social and economic development opportunities accruable from the internet.

“Connecting everyone to the internet is in the world’s interest, as a platform to reduce poverty and improve livelihoods. The Mobile Industry has a critical role to play in achieving this goal, with more people using mobile to get online than other technologies,” GSMA stated.

The body, however, listed four key enablers that are crucial to boosting mobile internet connectivity. According to the GSMA, one of the four enablers is infrastructure as high-performance mobile network coverage is needed. It further stated that consumer readiness was key as consumers need the knowledge and skills to appreciate and use the internet responsibly, especially in an environment that places a premium on gender equality.

Earlier, GSMA foundation had revealed in a report that bridging the mobile and internet gender gap may boost women’s wellbeing across the developing world, adding that findings showed that mobile phone ownership supplemented with internet access is associated with two common measures of subjective wellbeing: the ratings of people give their overall lives and the balance of positive Vs negative emotions that people experience daily. 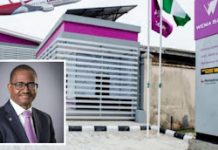 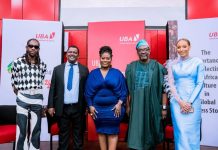