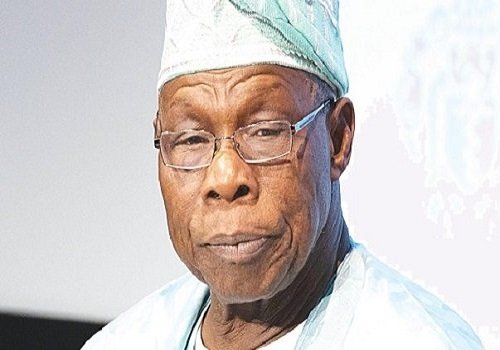 Momoh made the remark at the public presentation of the book, “The Man, the General, the President”, a book on Obasanjo by one of his former aides, Otunba Femmy Carrena, in Lagos Monday.

Momoh who addressed the event virtually said leadership remains the bane of the country’s politics since independence in 1960. Nevertheless, he said “Nigeria has had few good leaders but many bad leaders, not only in the political scene but in every aspect of national life”.

Quoting President Muhammadu Buhari, he said “Nigeria’s history is replete with inept and corrupt leadership”. This, he added, is exacerbated by ethnic and sectional biases. He added: “But this does not imply that we do not good political leaders in Nigeria. Indeed, we have had some men and women who made a difference. There is no gainsaying the fact that our guest of honour today, Chief Olusegun Obasanjo is one of such leaders.

“Love him or hate him, one thing is for sure, Chief Olusegun Obasanjo is not a passive observer of events in Nigeria, even out of office. Therefore, he is the author of many books, among them, “This Animal Called Man”. He said Obasanjo has really made a difference in Nigeria and that this is one of the reasons why he agreed to chair the event.

“As mundane as it may seem, President Obasanjo listened to the people; he demonstrated that he was a leader who was willing to serve… Leaders don’t wait for things to happen, they make things happen; leaders don’t crave for change, they initiate change.”

Mrs. Bola Obasanjo who represented her husband at the occasion said the retired General is still very much concerned about the eminent food crisis facing the country. She said if Nigerians emulate her husband by doing some farming, Nigeria’s food security situation would improve.

Author of the book, Otunba Femmy Carrena said it was an obligation to write the book on Obasanjo, to appreciate him. “I had to write this book; not many Nigerians have the opportunity to see, interact and dine with Baba. But I’m privileged to have worked with him closely and travelled with him. Why won’t I be inspired?”

Apostle Dave Salako who was in the National Assembly during the Obasanjo era said the third term agenda was never the former President’s idea. Salako who represented the chief launcher of the book, Chief Adebutu Kessington at the occasion, said: “It was an idea initiated by sycophants. But, that is a story for another day.” The third term agenda was one of the dark sides of the former President’s era as a civilian leader.

One of Obasanjo’s former aides, Akin Osuntokun who wrote the forward to the book, had indicated that many lawmakers who kicked against the third term agenda “would tell you today they wished it had happened.

The Lagos State Peoples’ Democratic Party (PDP) chairman, Deji Doherty agreed with other speakers that Obasanjo is a nationalist and a father figure who has helped to bring Nigerians together as one family. He added however that he wished Obasanjo had done more for Yorubas. “I wish he was not too nationalistic and I wish he did not believe too much in Federal Character,” he added.

The event was attended by many friends and associates of former President Obasanjo and other prominent Nigerians. Akwa Ibom State Governor Udom Emmanuel who came in briefly but departed almost immediately. He left the Secretary to the State Government, Dr. Emmanuel Ekuwen to represent him at the occasion. They include the Ooni of Ife, who was represented by Dr. Soko Kemade Olugbaju; Professor Michael Omolewa who reviewed the book; Mrs Nike Jones; Kenny Martins and a host of others.