Falz has officially released his much anticipated album, ”Moral Instructions.” The rapper generated excitement for the project with the release of the instantly viral single, ‘Talk’ a few days ago which sparked online controversy surrounding some of its lyrics.

He followed this up with the release of the album’s art cover designed by the legendary art illustrator, Lemi Ghariokwu who is famous for designing most of the works of the late Fela Anikulapo Kuti‘s albums and tracklist of the project.

The rapper then held a private listening session hours before the release where he gathered his friends, media and industry colleagues together to share the experience of creating the body of work.

Falz also worked with Sess on the production of majority of the songs with additional contributions from TMXO and Willis. 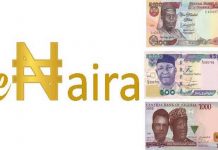 ALL PRIMATE AYODELE PROPHESIED ABOUT NIGERIA’S WOEFUL ECONOMY THAT HAVE COME...