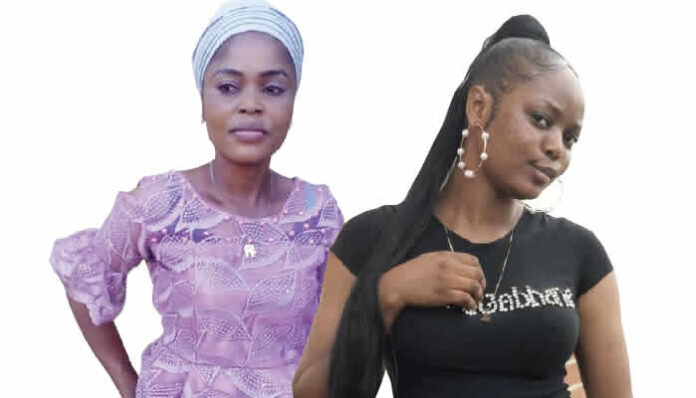 If the duo of Basirat Shoyola and Dupe Oyebamiji knew that the burial they were going for in Lagos would be their last outing on earth, they probably would have politely declined the invitations.

They were a few kilometres away from their abodes when death struck. It was gathered that Shoyola and Oyebamiji were among those travelling to Lagos to honour a colleague and family friend holding a burial.

Fourteen  nurses, two hospital attendants and a driver were involved in the accident which occured on the Abeokuta-Lagos Expressway on April 18, 2021. The accident claimed two lives while 10 others sustained varying degrees of injury.

Shoyola was a clinical officer at the Oba Ademola Maternity Hospital, Ijemo, Abeokuta while Oyebamiji worked as a hospital attendant at the Ogun State Hospital, Ijaye, Abeokuta.

Journalists paid a visit to the bereaved family of 46-year-old Shoyola at Idi-Aba area of Abeokuta observed that the family members were still in grief though the deceased was said to have been buried according to Islamic rites.

The woman’s husband sat dejectedly at the frontage of their house with his daughters and other relatives.

The first daughter of the deceased identified as Rukayat who spoke with journalist lamented that she did not want her mother to attend the burial, but had no choice since the invitation was from her boss.

Rukayat who is a 400-level student of Harvarde College of Business and Management Studies in the Obada area of Abeokuta said she saw her mother a day before the incident.

She said, “My mother called me that she would be travelling. She said my younger sister would be at my place to spend a one-week holiday with me.

She waited for me at Panseke to pick my sister. When I saw her, I told her that my mind didn’t agree with her going to the party.

She replied that I should be praying that there would be no problems. Since the party was by someone in her workplace and there was a bus rented for the journey, I said God would guide them through the journey. I never knew that tragedy lurked on the way.

“When I got home, I called her that there was nothing to eat. She promised to tell one of my sisters to send money to us. When I got the alert, we cooked and ate.

At night, I called her and asked about the preparation for the party, she said they had prepared and would leave later. That was the last time I spoke with her.”

She however said her mind was not at peace the next day and had to try her mother’s number but she didn’t pick the calls.

She added,” The following day, my mind was not at rest. When I tried her number it didn’t connect. My mum was the type that if you called her phone once, she would pick because her phone was always with her.

But that day, another person picked the call and asked me to call back in five minutes’ time. Then, I called back but the phone had been switched off. I knew immediately that something was wrong.”

Rukayat said she told her dad what happened when she called her mother’s phone and he advised her to be patient because he would reach her on the phone and call her back.

She added, “I called my sister to explain the situation to her. She told me that a woman brought home my mum’s bag and also requested my father’s mobile number. I was worried regarding the relationship between the woman and my mother to make her bring home my mother’s bag.

Later, when I called my dad, he said he received a call from one of his friends who asked him to urgently come to a place. After some minutes, he called to tell me that my mum was dead.”

Oyebamiji’s husband, Kunle, who has been disturbed by the news of his wife’s demise, said he wished his wife journey mercies when she dressed to leave the house on that day.

He added that as she left home, he dressed for church around 9am and called her thrice on the phone to inquire about her trip but her phone wasn’t reachable.

He stated, “I was the one who gave the sermon in church that day. After I finished it, I called her again on the phone but her mobile was unreachable.

When I got home after trying to reach her five times on the phone, someone called me through my daughter’s mobile that I should come to a hospital that my wife had an accident and it was fatal.

I later learnt that she had been moved to the Federal Medical Centre. I asked what happened and one of the officers disclosed to me that my wife had passed on.’’

Report gathered that the branded bus which conveyed the nurses was involved in an accident at Akinale village in Awowo, along the Abeokuta-Lagos Expressway.

Before that day, the nurses, it was learnt, arranged for an 18-seater bus belonging to a cooperative society in Abeokuta to convey them to Lagos for the event while some senior nurses occupied an SUV.

Eyewitnesses told our correspondent that the journey which commenced at 9am ended at Akinale village opposite Model School, Awowo.

The accident occurred at a sharp bend opposite the state-owned model school and claimed the lives of two while 10 others sustained varying degrees of injury. Our correspondent gathered that a road soaked by rain caused the accident.

Some of the eyewitnesses said that the bus driver buried himself in phone conversations while driving and speeding, and as he negotiated a bend carelessly, the bus was said to have somersaulted several times and crashed.

The SUV said to be leading the bus to the destination was far ahead and had to make a U-turn when some of the occupants received a distress call.

Report learnt further that there were initial talks on the hospital to take the injured to as there was a strike by nurses and doctors in the state to protest against the incessant kidnapping of their colleagues.

They were later said to have agreed to take them to a private hospital owned by a former state Chairman of the Nigerian Medical Association, Dr. Adewunmi Alayaki. The hospital, located at Adigbe, is the nearest to the scene.

Kunle further said, “I cannot easily forget my wife because she was a good woman. We had been married for some years. We did fight but resolved our differences by ourselves.

She was a good wife that was content with whatever I gave her. For instance, if I told her that I wished to eat catfish, he would try to provide it.

For example, six days ago, I told her that I would like to eat moin moin and I didn’t have money then to give her to prepare it. Before I arrived from a meeting I went to, my wife had prepared it for me.

Her children were important to her as well. She was dedicated to her work and attended church services regularly.

“What made her decide to attend the party was that the host’s husband is my friend. The wife is also a friend to my wife. We are childhood friends. We had six children together.

We buried her the following day (Monday) because of the intensity of the accident. She had broken limbs and a skull fracture.” It was also gathered that she was survived by an aged mother who had been told the news of her daughter’s death.

Kunle added, “We were told that we can’t embalm her body, because she sustained injury to her head and her bones were fractured.”

On his part, the late Shoyola’s husband, Akinsanya lamented that his late wife went through a lot with him before they got to the stage they were.

Akinsanya who was emotional while speaking with our correspondent said the 25 years spent together with his wife, whom he said he met in Lagos in 1996, were wonderful and filled with lovely memories. He disclosed that the union was blessed with three daughters.

He said, “She was a good woman. On the day of her burial, I was surprised when I saw people in large numbers speaking good about her.

Even neighbours and colleagues close to her,  including my bosses who came from the Federal University of Agriculture Abeokuta, where I work.

Her religious organisation also came to pay a condolence visit to us. The incident happened on Sunday and we buried her same day. She was nice and people in the community talked about her good deeds.

“Our first daughter is 24, second daughter is 20, while the third is 12. When we got married, we suffered a lot, and she stood by me. She  endured with me. We first lived at Ojota, before moving to Ijesa. We lived with my brother, then went to Ajah where we rented an apartment.

The suffering was too much, but she endured with me. In fact, I really appreciated her. Even after we got to Abeokuta where she started working, she supported my children in terms of their education in the little way she could, I also did my little part.”

On how he heard about his wife’s death, Akinsanya narrated, “It was one of my friends who called me to come quickly to a place. I asked him what happened, but he did not tell me. When I got to where my friend was, I asked him if my wife was dead. He immediately told me not to say such.

Later, he called me that my wife was dead and her corpse taken to a general hospital. Meanwhile, her daughter had tried to reach her on the phone without success. She told me that someone else eventually answered her call and that her bag was brought home and given to one of his sisters.’’

Speaking on the incident, Alayaki said the injured were taken care of quickly not because they were medical workers. He added that the injured were in stable condition, adding that some had been discharged while two of them were operated on.

He said, “Sixteen injured people were brought to the hospital. It is only six that were admitted after we discharged others on Thursday (last) morning.

Also, the state chairman, National Association of Nigerian Nurses and Midwifery, Roseline Solarin, said 14 of the association’s members were involved in the fatal accident.

On his part, Spokesperson for the Traffic Compliance and Enforcement, Babatunde Akinbiyi, blamed the driver who immediately fled the accident scene for what happened.

Akinbiyi said the accident was caused by reckless driving and inability to carefully pass through the sharp bend in the area.

He said, “Most of the motorists that pass through that area lose control when they approach that axis with speed. It rained the day the accident occurred and the ground was wet.

If you approach that area with speed, by the time you apply the brakes, it would be sudden and if care is not taken, the vehicle can somersault.  The driver escaped immediately he saw the gravity of the offence he committed.”