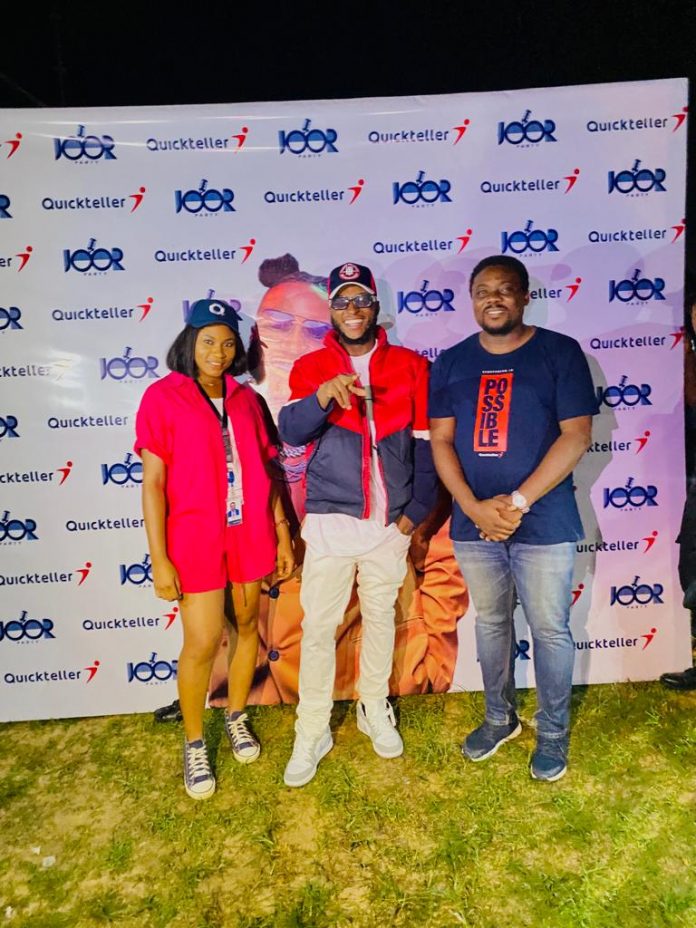 One of Africa’s greatest exports are its vibrant sounds that have steadily gained global recognition, resonating with a wider audience with increasing support from various quarters, enabling African artistes to push boundaries that have before now been only a dream.

This heightened popularity of African music has paved the way for more talents in the industry to produce head bopping tunes, thrilling indegenes and foreigners.

One of these talents, in Nigeria, who has enjoyed a sustained presence in the music space is one of the country’s finest disc jockeys, DJ Kaywise.

Taking his production away from the studio and market to the stage, closer to his fans; the DJ, in collaboration with Quickteller, the leading consumer digital payments solution platform, powered by Interswitch, organised the DJ Kaywise Joor Party.

The party, which is a sort of ‘thank you’ to the fans who have stuck with his brand and supported his music through the years, was held in Uyo, Akwa Ibom State, in South South Nigeria on Friday, March 25, 2022. Attendees were thrilled to both new and old sounds, vibing to the energetic performances delivered by the artists.

As a headline sponsor of the event with a track record of supporting the African music space, Quickteller’s alignment with the creative industry, especially the music business, in Nigeria is undisputable. It also highlights the brand’s belief in the development of African talents.

This can be observed by Quickteller’s various ventures around the music industry. Its most recent is the creation of the Quickteller Barz and Notes music talent show that aims at developing artistry in the music space by providing a viable platform for promising creatives in Nigeria.

The Quickteller Barz and Notes talent hunt show was conceived to deliver ample support for the growth and sustainability of the careers of artists on the up and up. One way that the brand plans to do this is by inviting established music producers to guide these talents on their journey to stardom.

Quickteller’s support of the DJ Kaywise Joor Party is reflective of its brand positioning as a company that doubles down on its backing for both experienced and new names in the creative space.

As earlier mentioned, the Joor party had a mix of both new and old voices in the music space, giving the up-and-coming artists a platform to develop their art and their careers alongside their established counterparts, enabling them reach a wider audience and expand their fan base.

Quickteller, in short, remains an enabling platform where payment and transactions are not only conducted, but dreams and aspirations are also supported and grown.

ECOBANK DAY: STOP THE DISCRIMINATION AGAINST VICTIMS OF MENTALl HEALTH...

FCMB DIRECTOR STEPS DOWN FROM BOARD