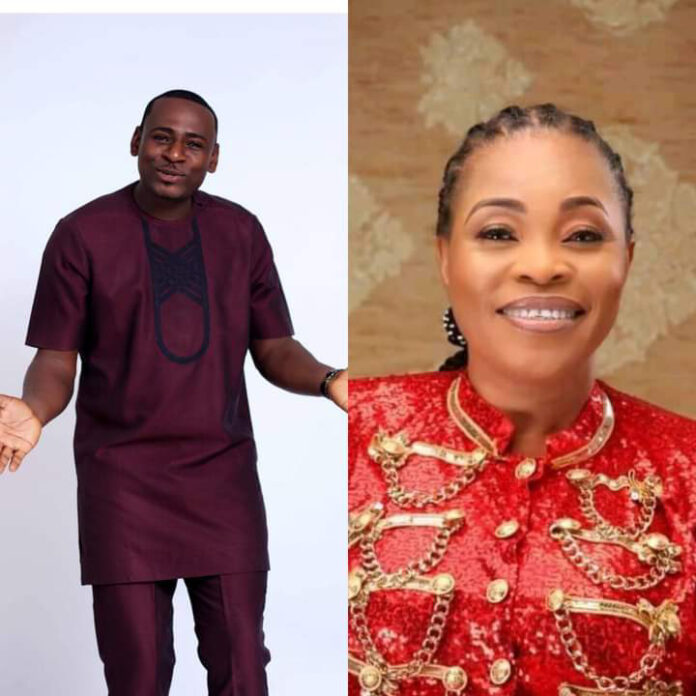 Evangelist Tope Alabi  was one of the guests artists i invited to perform at my yearly Power In Praise Concert seven years ago at  Cele Praying Ground, Ikosi-Ketu, Lagos.
Prior to the event,

I have paid her the requirements fee and her management assured me of her presence at the program. She eventually arrived around 2am while other celebrity gospel artists like Evangelist Lanre Teriba Atorise, Evangelist Dare Melody and host of others were already on ground.

As my usual behavior and as I was trained by my parents, it has become a norm for me to give respect to those who are older than myself, even those I’m older than. That was exactly what I did that day, I gave her a well deserved respect and honour.

But to my highest surprise, when Tope Alabi mounted the stage to perform, the very first thing she said to me and I quote ‘ If you see this guy prostrating to me before all of you, I don’t know him from Adam, today is the first time I’m seeing him, I don’t know him before’.

I  almost collapsed and it seems like the ground would open and swallow me. I had never been so humiliated in my life such as what I experienced on that faithful day. I managed to put myself together and pretended as nothing happened, but inside me I was not really happy.

Little did I know that my humiliation has just started. she did the worst thing when she was about to start her ministration. As she set her eyes on the camera that we intended  using to cover her performance, she said another one and I quote

‘ Please, don’t capture my performance with camera,, that was not included in our agreement, we don’t become friends after meeting in the court’. I quickly told my crew to put off the camera and she performed without allowing us to have her on tape.
And since then she always snubbed me whenever I greet her at event,

I always did that to justify my calling as minister of God.
Those two behaviours of Aunty Tope made me  lose my love for her and since then I began to have different perception about her. I see her as ‘ Akuko gagara ti ko fe ki kekere ko’ and with this utterance and comment on Oniduuro mi it has proved again that Aunty Tope is great onilara and akuko gagara.

FIRSTONLINE: ACCESS YOUR BANKING SERVICES ANYTIME, ANYWHERE YOU ARE