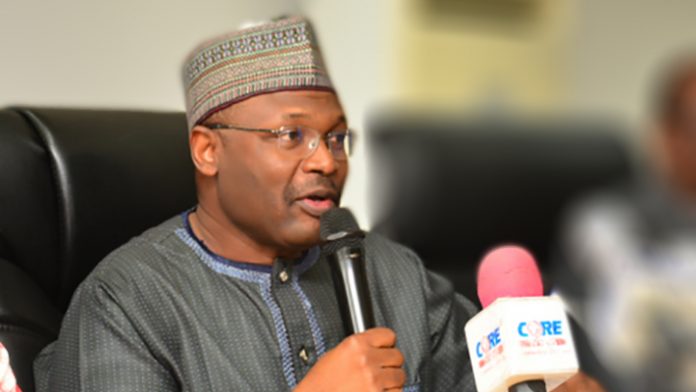 Nigeria’s electoral umpire, INEC. has again said it has put all structures in place for electronic transmission of results.

The Independent National Electoral Commission (INEC) says it would electronically transmit elections results “if the choice was up to INEC”, reiterating that it has over the years put adequate structures for such in place across Nigeria.

INEC’s submission comes as it pushes against a gag on its processes by the National Assembly.

Giving its stance in a position paper titled “Electronic Transmission of Election” released on Saturday, in Abuja, the commission said that the country has adequate infrastructures to successfully transmit election results electronically.

It disclosed that it will prefer to transmit election results electronically once necessary legal frameworks have been put in place, adding that e-transmission will improve the quality of election result management.

“The technology and national infrastructure to support this are adequate. Consequently, if the choice was up to INEC, the commission prefers to transmit election results electronically once the necessary legal framework is provided,” it said.

Citing pilot tests from previous elections conducted previously, the commission said it was convinced that “that electronic results management will add great value to the transparency and credibility of elections in Nigeria.“

In July, INEC spokesperson Festus Okoye said the commission has since 2018 proven to the National Assembly its capacity to electronically transmit election results across all parts of Nigeria, including from remote areas.

He admitted that the process of physically transporting election materials, especially from remote communities with infrastructure or security challenges, was dangerous and often linked to ballot thefts and other irregularities.

But after months of consideration about whether or not the country should eliminate a crucial channel of election rigging and allow electronic transmission of results, lawmakers of the ruling All Progressives Congress exclusively rejected the proposal in the Senate.

The APC senators said there was no capacity for INEC to transmit results via electronic channels throughout the country, leaving the final decision to the NCC.

The move was rejected by opposition PDP senators, who voted entirely in support of the electronic transmission of results as a needed improvement to a process long marred by irregularities.

APC lawmakers in the House of Representatives also followed their Senate counterparts to reject deployment of electronic transmission, leading PDP lawmakers to stage a walkout of the parliament session in anger.

But INEC maintained that results can be transmitted over networks without if lawmakers could summon the political will to grant such permission in the Electoral Act.

Many have continued to criticize the development.

ACTRESS SURUTU FINALLY OPENS UP WHY SHE SLAPPED FATHIA BALOGUN AT...

HOUSE OF REPS CRIES OUT WE ARE BROKE,