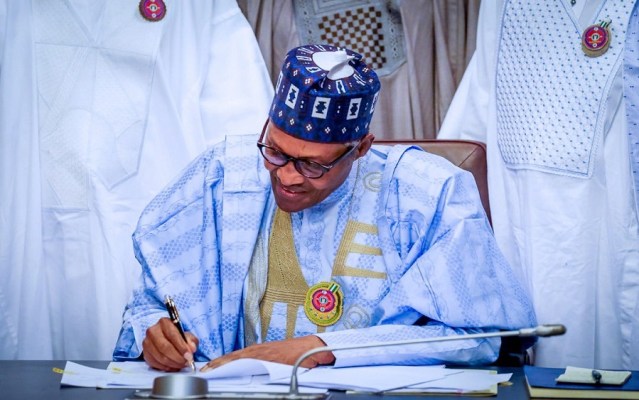 The Presidency has confirmed that President Muhammadu Buhari will sign the 2022 Appropriation Bill on Friday, December 31, 2021.

This is coming as there have been reports that the National Assembly has transmitted the 2022 budget to the president.

This was made known by the Senior Special Assistant to the President on Media and Publicity, Mr Garba Shehu, during an interview with Channels Television on Tuesday in Abuja, where he also confirmed that the 2022 budget has been transmitted by the National Assembly and the President will sign the bill into law by 10am.

Meanwhile, the passed budget was transmitted through a communication addressed to the Presidency by the Clerk of the National Assembly, Mr Ojo Amo.

The document, with Reference Number NASS/CNA/37/Vol.1/35, indicated that the budget was transmitted last Friday and received by the Office of the Chief of Staff to the President on Saturday.

The letter from the Clerk of the National Assembly reads, “In consonance with the Provisions of the Acts Authentication Act Cap. A2, Laws of the Federation of Nigeria, 2004, I wish, with due respect, to forward to Your Excellency, the authenticated copies of Appropriation Bill, 2022, for your consideration and assent.

“After Your Excellency’s assent, one copy of the signed bill should be retained in your office while the other two are to be returned for our further action, please.

“With my highest regards.

Recall that barely a week members of the National Assembly (both the Senate and the House of Representatives) passed a budget of N17.126 trillion with the crude oil benchmark increased from $57 per barrel to $62 per barrel.

The Senate passed the 2022 budget during plenary on Wednesday last week in which the Senate President, Ahmad Lawan, gave an assurance that the bill would be sent to the President for assent the following day.

On its part, the House of Representatives passed the budget last Tuesday. The National Assembly raised the total 2022 budget figure from the proposed N16.391 trillion to N17.126 trillion.

The signing of the 2022 budget by the president will enable the federal government maintain its one-year budget cycle of January to December. 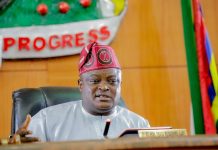 VISA WOULD BE NEEDED TO VISIT KANO IF THE COUNTRY BREAKS...

WHY TB JOSHUA’S EMMANUEL TV WAS SUSPENDED ON YOUTUBE REVEALED!

FEDERAL GOVT LOST N8.3BN TO SMUGGLED PETROL IN MAY