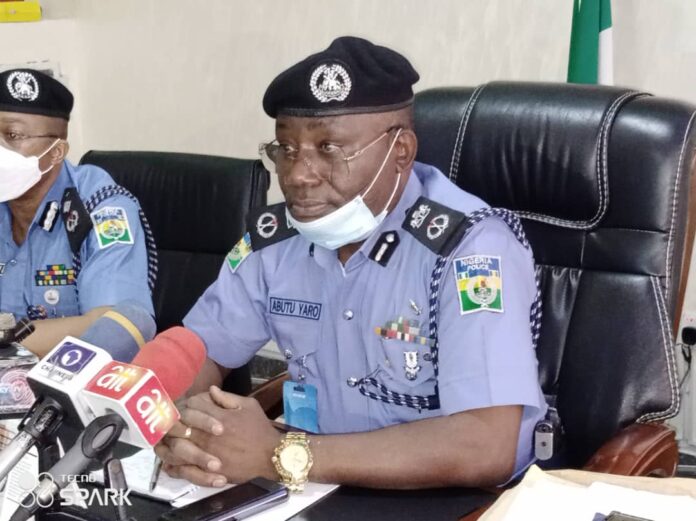 He has served the force in various capacities in different Commands and Formations. A fellow of the prestigious National Defense College, known for his operation dexterity and administrative acumen. CP Abutu Yaro is the immediate past Commissioner of Police of Zamfara State, whose exploits resulted to the arrest of so many bandits and recovering of hundreds of arms and ammunitions.

In another development the CP pledged to work acidously to ensure a peaceful Imo State, as well as a robust working relationship between Police and members of the Public.

The CP said this while addressing journalist in his office immediately after taking over. He further promised to ensure visibility policing across the state, such that the Police will occupy the public space and by so doing prevent crime and criminality.

Also, he said the command under his watch will focus on intelligence led policing.
And promised to instill confidence in the populace through community and stakeholders engagement, this he said will result to improved public trust and confidence on the police.

He also said the command under his watch will embark on strategic placement of personnels to ensure that round pegs are placed in round holes, which is aimed at providing effective Police service delivery.

He promised to continue to partner with all security agencies and other critical stakeholders in the state to ensure that Imo is peaceful for business to thrive.

The CP finally assures members of the public that Imo is absolutely safe, as normalcy has been restored, unlike what is been circulated on various media platforms.

The new CP later addressed senior officers of the command where he gave strategic and operational directives.