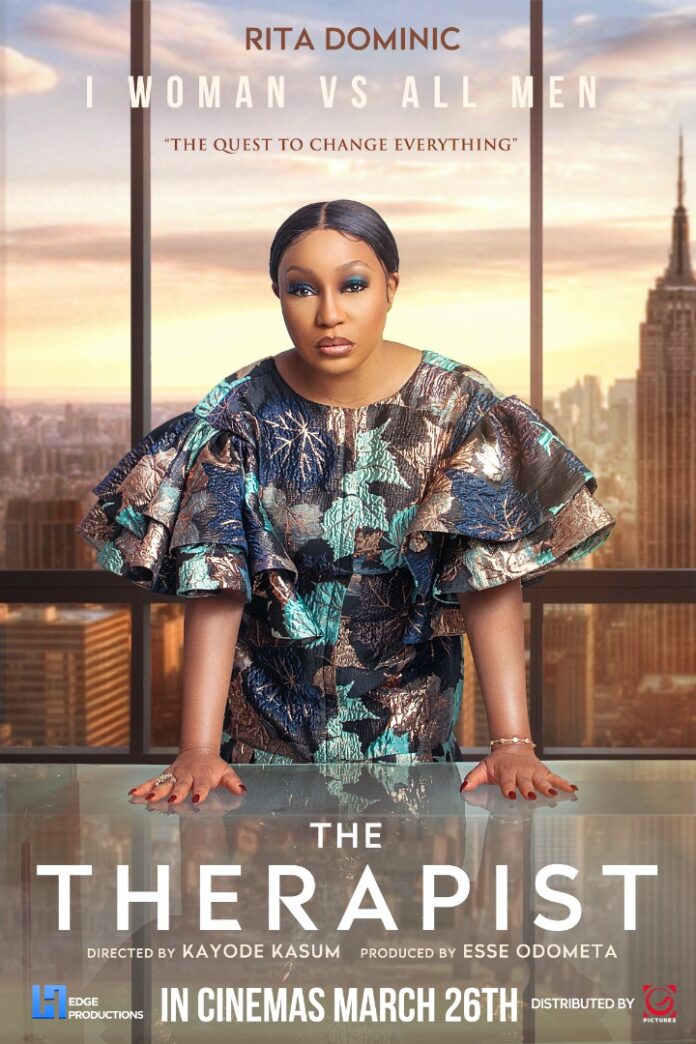 After many weeks of high anticipations from movie buffs, the blockbuster movie entitled, ‘The therapist’ is set to hit movie cinema nationwide.

The therapist is an intriguing story of the realities of marriage and relationships which questions the anomalies of the age-long concept.

According to the Producer, Onome Odometa and Director, Kayode Kasum , Nollywood is taking a deep dive into authentic storytelling and relevance as captured In “The Therapist” movie.

Set-in modern-day Nigeria, the plot tells a story of the lead character, Eloho Odafe who loses everything in a divorce to her abusive ex-husband after 11 years of marriage because of a prenup that was signed in the whims of love and affection.

It takes us on a journey of self-reflection on what is labelled as sacrifice and compromise in relationships and how far is too much.

We also love that on a quest for revenge it highlighted men who are also abused and manipulated and the fear of being emasculated has maintained the silence of it.

Its comedic approach adds a breath of fresh air to the entire movie, the perfect story told by the right people at the most relevant time is definitely one to watch.

In a statement made available to the press, the captivating drama that unfolds in this Nollywood movie premiering will take place on the 26th of March 2021 across all Cinemas nationwide.