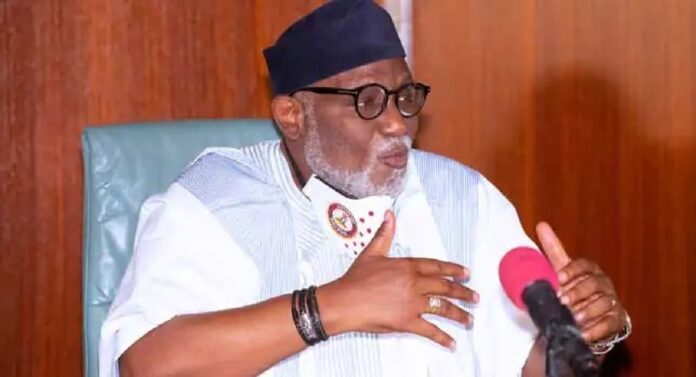 Signing the bill in Akure, the governor expressed hope that the ‘Budget of Hope’ would reactivate the economic life of the state through technical and technological education.

He said that Education had been allocated 19.07 per cent of the budget, while 21.19 per cent  was set aside with a view to ensuring  that all ongoing infrastructural projects across the state were completed.

Also, 10 per cent  is the share of Independent Revenue to Joint Account and Allocation Committee (JAAC) of Local Government Areas of  the state.

Earlier, Mr Bamidele Oleyelogun, Speaker, Ondo State  House of Assembly, said an initial amount of N159.7 billion was presented to the assembly, but was increased to N174.87 during the course of scrutiny.

He said that some items were increased in the budget in the interest of the state.

The speaker pledged the commitment of the legislature to a smoother working relationship with the executive arm.

YOU DIED IN MY ARMS, YOU LEFT ME CONFUSED AND DEVASTATED—CHICO...