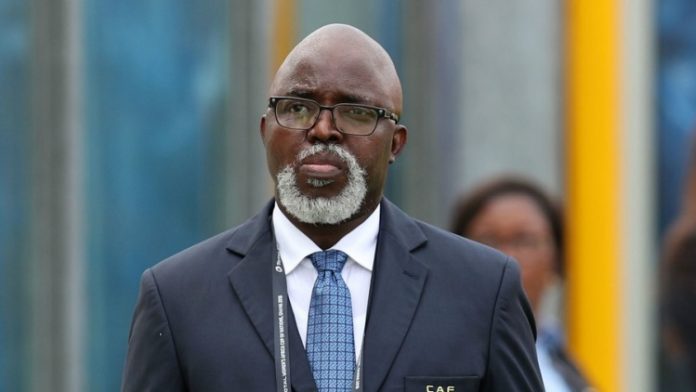 …due to failure to qualify for 2022 World Cup

The Nigerian Football Federation (NFF) has disengaged the technical crew of the Super Eagles, the nation’s men’s football team.

This was disclosed by the NFF via a statement issued and signed by its General Secretary, Dr Mohammed Sanusi on Thursday.

According to the statement, the football governing body explained that the decision was taken due to the failure of the team to qualify for the 2022 FIFA World Cup.

It stated, “Following the failure of the Super Eagles of Nigeria to qualify for the 2022 FIFA World Cup, the erstwhile Technical Adviser, Augustine Eguavoen has stepped down from that position with immediate effect.

“The NFF has in the meantime withdrawn the two-and-half years’ contract offered the coaches and terminated the appointment of the entire technical crew of the team with immediate effect.

A new crew will be announced after a proper review to lead the new charge of reinvigorating the Super Eagles to face future challenges appropriately.

“We thank the coaches and team officials for their service to the nation and wish them success in their future endeavours.”

The poor performance of the Super Eagles at the Moshood Abiola National Stadium, Abuja on Tuesday gave Ghana’s Black Stars qualification for the 2022 World Cup in Qatar based on the away goal rule, after both sides played out a 1-1 draw in the second leg of their final play-off faceoff.

The Black Stars held the Eagles 0-0 in Kumasi on Friday, but they booked the ticket to Qatar after Thomas Partey’s opener was cancelled out by a William Troost-Ekong penalty, but the Nigeria captain’s effort did not eventually count, as the visitors danced their way to the Middle East.

Nigeria has kept a clean sheet in each of their last three meetings in World Cup qualifiers against Ghana – winning one and drawing two, although they have failed to score in three of the previous four such meetings themselves.