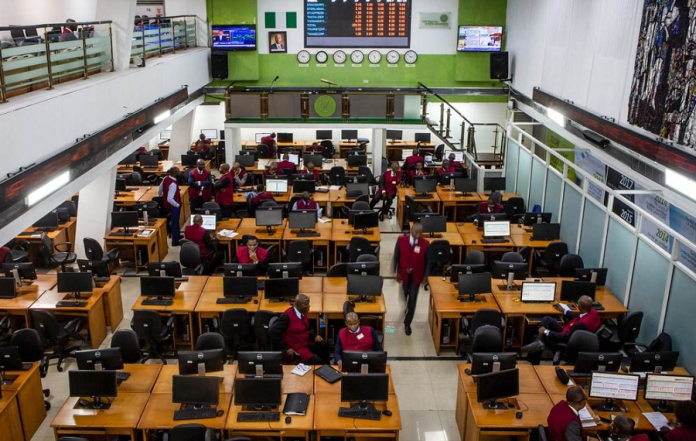 Nigerian Stock market closed the week on a slightly positive note as the performance index, All-Share Index recorded a marginal growth of 0.06% to close at 38,943.87 points on Friday, 17th September 2021 compared to 38,921.78 points recorded as the end of the previous week.

This is contained in the weekly market report, for the week ended 3rd September 2021 as released by the Nigerian Exchange Group.

During the week, the equities market capitalisation gained N11 billion to close at N20.29 trillion compared to N20.28 trillion recorded in the previous week.

Recall that the market had recorded a decline of 0.86% in the previous week. However, the current positive rally in the market was driven by growths in the share price of UPDC, United Capital, N Nigeria Flour Mills, Morison Industries amongst others.

The Financial Services Industry led the activity chart by volume with 583.04 million shares worth N3.97 billion traded in 7,894 deals; thus contributing 68.09% and 36.93% to the total equity turnover volume and value respectively.

The ICT Industry was third on the list with a turnover of 45.75 million shares worth N1.65 billion in 775 deals.

Trading in the top three equities by volume of shares were Access Bank Plc, Universal Insurance Plc and Wema Bank Plc, which accounted for 211.151 million shares worth N789.843 million in 1,403 deals; contributing 24.66% and 7.35% to the total equity turnover volume and value respectively.

During the week Chemical and Allied Products listed an additional 88,259,50 ordinary shares of 50 kobo each, hereby increasing the company’s total listed shares to 788,259,520. Also, the entire 793,415,535 issued and outstanding shares of Portland Paints were delisted from the NGX’s Daily Official List effective, 17 September 2021.