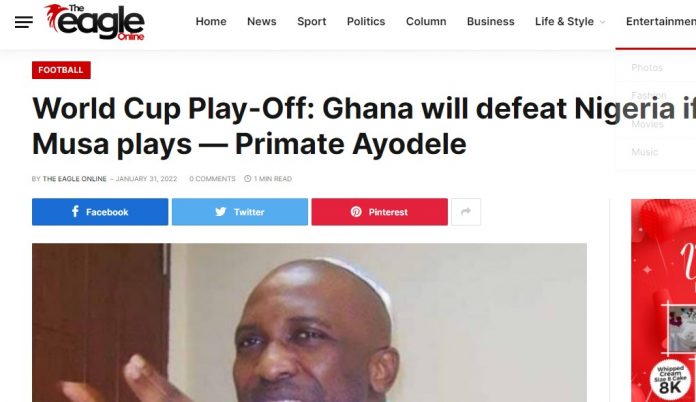 It’s definitely not a good time for the Nigerian football federation and the super eagles following their loss to Ghana in the just concluded world cup qualifiers.

The match ended 1-1 but due to an away goal advantage, Ghana was favoured against Nigeria to qualify for the world cup which will be played in Qatar later this year.

Of course, this is football and anything can happen but all that happened in the just concluded qualifiers were foretold by popular prophet, Primate Elijah Ayodele, the leader of INRI Evangelical Spiritual Church.

During the release of his 2022 prophecies on Wednesday, 22nd Of December, 2021, Primate Ayodele while speaking on Nigeria’s fate in AFCON 2021 and Qatar 2022 made it known that the super eagles won’t do well in the African cup of nations but will qualify for the 2022 world cup if they listen to instructions.

In an update on the prophecy few days into 2022, Primate Ayodele revealed that Ghana will defeat Nigeria if Musa plays in the match. He mentioned some criteria for the super eagles if they want to qualify for the world cup.

‘’On the World Cup qualifier Nigeria/Ghana, Nigeria have only 68 minutes to score in Ghana and let them (NFF) still use Eguavoen to do that. God has given them the mandates but if only they listen.

“Firstly, they must not take the Super Eagles job from Eguavoen, Secondly, it is not all these star players that are needed for the games, What is his name? Musa (Ahmed) must not be part of the team, If Musa plays, Nigeria will lose. I’m not against Musa but he must not play against Ghana.’’ (https://theeagleonline.com.ng/world-cup-play-off-ghana-will-defeat-nigeria-if-musa-plays-primate-ayodele/)

Unfortunately, as the man of God warned, the super eagles didn’t score at all in Ghana, marking the beginning of doom for them considering the fact that the man of God said they have only 68 minutes to score.

Also, Coach Eguaveon could have right the wrongs but instead of listening to this instruction, He ignored and played Musa in the second leg. Sadly, the big prize he had to pay is not qualifying for Qatar 2022.

At the time Musa was brought on into the game, there were other players like Kelechi Iheanacho who could have made a difference, but Musa and Ighalo were brought in after Primate Ayodele warned that we don’t need all the star players. Sadly, Nigeria had to pay heavily by losing out in the game.

When the servant of God speaks, it is important to listen, they may not be footballers but they see beyond the physical. 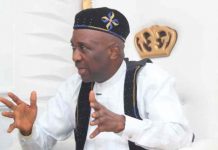 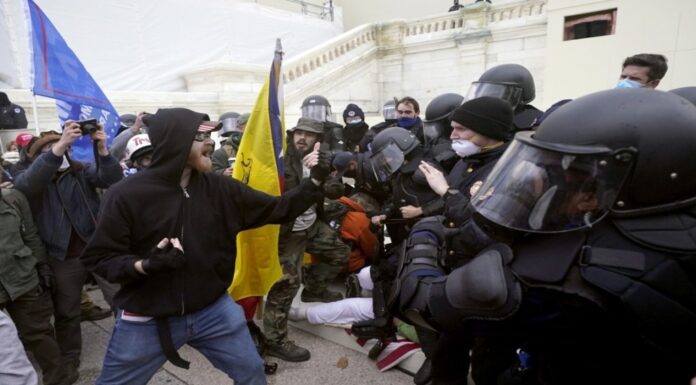 Standard between 2019 presidential election and 2015 Must be thesame, American lawmaker to...