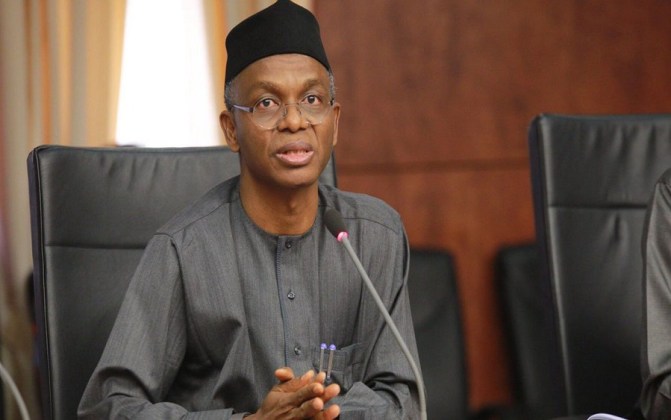 The Governor of Kaduna State, Malam Nasir El-Rufai, has stated that Nigeria is losing N250 billion a month on petrol subsidies and that state governors are committed to supporting the Federal Government on ending the fuel subsidy regime.

The Governor disclosed this at the presentation of the World Bank Nigeria Development Update, November 2021 edition titled, “Time for Business Unusual”, according to the News Agency of Nigeria.

The World Bank had reported that subsidies have cost Nigeria N864 billion ($2.1 billion) in the first nine months of 2021. It also also added that the  cost of petrol subsidy for 2022 could reach N13,000 per person

Speaking at the event, the Kaduna State Governor said, “This hullabaloo about petrol is something that we must as a country have a conversation and agree that it has to end.

“We cannot continue to provide petroleum to our neighbouring countries, which is what we are doing.

“Right now, we are losing N250 billion a month and this has to end. State governments are committed to supporting the Federal Government on this.

“We do our bit, engage stakeholders and put the facts on the table so that everyone understands the danger the country is in if the subsidy continues, as well as the benefits that will accrue.”

El-Rufai also added that state governments have also decided to go directly to the pockets of the poorest Nigerians that will bear the brunt of any withdrawal of subsidy.

Mr Marco Hernandez, World Bank Lead Economist for Nigeria and co-author of the report, said while in 2022 the Federal Government plans to spend about N3,000 per person for health, the cost of petrol subsidy for 2022 could reach N13,000 per person, adding that not only is the petrol subsidy costly, but it mainly benefits richer households.

“Nigeria has the opportunity to establish a ‘compact’ with citizens that eliminates the subsidy and uses the savings to provide targeted cash transfers to lower-income-households, invest in job-creating programmes, and improve its fiscal position,”  Hernandez said.

Meanwhile, Malam Mele Kyari, Group Managing Director and Chief Executive Officer of Nigerian National Petroleum Company Limited, added that subsidy would have been eliminated in 2020 but was limited by some factors.

“There will be no provision for it legally in our system, but I am also sure you will appreciate that government has a bigger social responsibility to cater for the ordinary and therefore engage in a process that will ensure that we exit in the most subtle and easy manner,” Kyari said, citing that the price of the product may range between N320 and N340 per litre after subsidy removal by 2022.

Zainab Ahmed, the minister of Finance, Budget and National Planning, while speaking at the same event stated that part of the revenue that would be saved from subsidy removal will be used to service millions of households via the Conditional Cash Transfer programme.

5 NIGERIAN BANKS WITH RETURNS ON EQUITY HIGHER THAN 10%