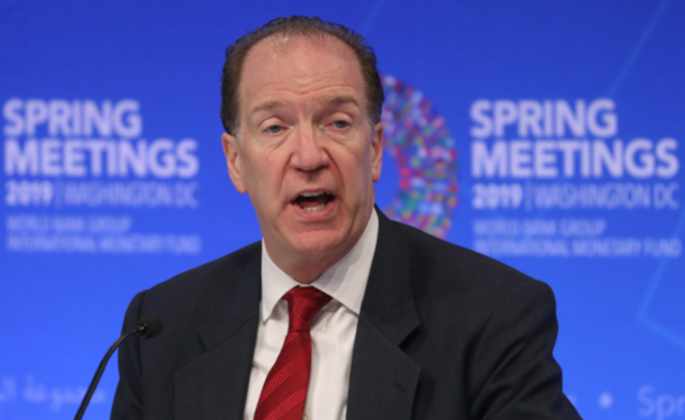 Amid rising debt profile, inflation and unemployment, Nigeria, Africa’s biggest economy, has entered its second recession in five years as official figures published on Saturday showed that the economy shrank again in the third quarter of this year.

The World Bank said in June that the collapse in crude oil prices, coupled with the COVID-19 pandemic was expected to “plunge the Nigerian economy into a severe recession, the worst since the 1980s”.

The NBS, in its Gross Domestic Product report for Q3, said the GDP, the broadest measure of economic prosperity, fell by 3.62 per cent in the three months up till September.

For the first time in more than three years, the Nigerian economy shrank in Q2 as the GDP fell by 6.10 per cent, compared with a growth of 1.87 per cent in Q1.

Economists consider two consecutive quarters of shrinking GDP as the technical definition of a recession.

“The performance of the economy in Q3 2020 reflected residual effects of the restrictions to movement and economic activity implemented across the country in early Q2 in response to the COVID-19 pandemic,” the NBS said.

It said as the restrictions were lifted, businesses reopened and international travel and trading activities resumed, some economic activities had returned to positive growth.

The statistics office said aggregate GDP stood at N39.09tn in nominal terms and N17.82tn in real terms in the period under review.

The NBS said in August that the economic decline in Q2 was largely attributable to significantly lower levels of both domestic and international economic activities resulting from nationwide shutdown efforts aimed at containing the COVID-19 pandemic.

It said the contraction in Q2 brought to an end the three-year trend of low but positive real growth rates recorded since the 2016/17 recession.

The country has seen its debt, inflation and unemployment levels rise this year – a development many experts have described as worrisome.

Total public debt, constituting both the federal and state governments’ external and domestic debt, in the first half of 2020 stood at N31.01tn or 22.3 per cent of GDP, a sizeable increase of 20.6 per cent over its level at the end of June 2019, according to the Central Bank of Nigeria.

The CBN, in its half-year 2020 economic report, said total public debt outstanding was driven by rising fiscal deficits and associated borrowings, induced by low revenue inflow in the face of relatively high expenditure.

It said the rising cost of debt service underscored “a precarious liquidity position that could impair the government’s fiscal space, as well as its growth objectives”.

Inflation rate in the country jumped to 14.23 per cent in October from 13.71 per cent in September, according to the NBS.

Analysts at Financial Derivatives Company Limited, led by Mr Bismarck Rewane, said the policy of restricting imports despite numerous impediments to local supply would remain a major driving factor for rising inflation in the coming months.

“The unrelenting rise in inflation coupled with a deeper contraction in Q3 GDP will make the outcome of the MPC (Monetary Policy Committee) meeting a tough call,” they said in their latest monthly economic update.

The MPC of the CBN will hold its next meeting on Monday and Tuesday.

Last week, the Chairman of the Presidential Economic Advisory Council, Prof Doyin Salami, described the country’s economic challenge as “a very significant and potentially severe one, saying 19 million jobs needed to be created yearly to solve the unemployment problem.”

The Nigerian economy, which emerged from its first recession in 25 years in Q2 2017 when it posted a 0.7 per cent growth, had continued its slow recovery since then but the COVID-19 crisis made things worse.

In 2016, the economy slipped into recession in Q2 as the GDP shrank by 2.1 per cent after falling by 0.4 per cent in Q1 on the back of the steep fall in global crude oil prices and the country’s production volumes.

Meanwhile, the Lagos Chamber of Commerce and Industry has said the economic recession can linger all through the fourth quarter of this year, adding that the recent devastation caused by the #EndSARS crisis can make the recession persist.

Reacting to the NBS data, the Director-General, LCCI, Dr Muda Yusuf, told one of our correspondents that the news of the recession did not come as a surprise.

He added, “Regrettably, the #EndSARS crisis may perpetuate the recession into the fourth quarter. The protests and the destruction that followed were a major setback for our economic recovery prospects. From an economic perspective, 2020 has been a very bad year; the worst in recent history.

“Sales are slowing down, profit margins are being eroded, production costs are escalating, unemployment is rising, poverty situation is worsening, purchasing power is weakening and there is a general social discontent. Regrettably, as if these were not bad enough, the business community continues to grapple with unfavourable policies, institutional and regulatory challenges impeding investment.

“We are faced with the double jeopardy of a stumbling economy and spiraling inflation. The 14.23 per cent inflation rate in October was the highest in 10 months. In economic parlance, this condition is characterised as stagflation. The effects of these developments are evident in business and in households.”

To facilitate quick recovery, Yusuf said the country should restore normalcy to the foreign exchange market and key institutions in the international trade processes, like the ports system, should be more investment friendly, as trade was critical to recovery.

He stated, “The psychological effects of the #EndSARS crisis could adversely affect investment and economic recovery. We appreciate the setback suffered by the police as a result of the recent protests and we empathise with them, but we need to give security confidence to citizens and investors.”

He, however, expressed hope that the economy would return to the path of growth in the first or second quarter of 2021, barring any new disruptions to the economy.

Professor of Capital Market, Nasarawa State University, Prof Uche Uwaleke, said the NBS Q3 real GDP number was a confirmation of the fact that in terms of economic contraction occasioned by COVID-19, Q2 2020 represented the worst experience for Nigeria.

Compared to a contraction of 6.1 per cent in Q2 of this year, he said, it was actually an improvement reflective of the ease in lockdowns and movement restrictions, the reduction in the cases of COVID-19 and the gradual return of investors’ confidence in the economy.

He said, “This improved confidence has also manifested in PMI readings and stock market performance. This explains why, although still in the negative territory, sectors like manufacturing, trade, transportation and education recorded improvements over the Q2 numbers.

“However, the performance of the agriculture sector in real terms which came in at 1.39 per cent was disappointing. This corroborates the high food inflation rate now above 17 per cent caused largely by insecurity in many parts of the country.”

He added, “Yes, the economy has officially entered a recession but I see a quick V-shaped recovery as the effect of COVID-19 recedes and the impact of the interventions by the government and Central Bank of Nigeria begin to manifest, including the implementation of the Economic Sustainability Plan.”

The Chief Executive Officer, Economic Associates, Dr Ayo Teriba, said the recession was a global problem arising from the pandemic and the consequence of the lockdown that ended in September.

He noted that since the lockdown in the country had ended, sectors like transportation, hospitality and trade that were locked down could now make money and the GDP should begin to pick up, especially since Nigeria is not experiencing a second wave of the pandemic, like the United States of America and other European countries.

“The things that took us to recession is coming to an end in Nigeria, so you have to hope that in the next one or two quarters, we should be out of the recession,” he added.

A former President, Association of National Accountants of Nigeria, Dr Sam Nzekwe, said the recession would further increase the hardship of the common man, given that fuel prices had gone up and some were still paying N18,000 minimum wage when transportation cost had also gone up.

He said the government should work hard, improve on areas it has comparative advantage and boost agriculture and export. He expressed worry that food shortage would worsen over insecurity as people were now scared to go to the farm.

“The inflation is so high, the common man is suffering, you see beggars everywhere, people have no food,” he added.

The Nigeria Employers’ Consultative Association has asked the Federal Government to urgently reassess and reevaluate its economic policies to save the economy from recession and restore it to the path of growth.

He said further that the cumulative effects of the COVID-19 pandemic, which almost caused a global economic meltdown with serious impact on the Nigerian economy and the attendant lockdown could be said to have contributed to the negative contractions.

“It is, however, evident that with the high level of inflation and unemployment rate, reducing exchange rate of the naira and other macroeconomic indices, there is a need for urgent re-evaluation and re-assessment of government’s economic policies,” he added.

Speaking on the way out of the economic crisis, the NECA DG stated that there was an urgent need to increase aggregate demand in the economy as a way to spark economic activities.

“Government should give more tax cuts to promote business capital investment while encouraging local and foreign investment. Government should fast-track the implementation of policies to diversify further its export potential, mostly the huge stock of natural and agro resources in order to reduce pressure on the foreign reserves.

“We call for more robust and comprehensive expansionary fiscal and monetary policy packages to expeditiously reflate the economy out of the current crisis.”

A Senior Advocate of Nigeria, Olisa Agbakoba, has said there is the need for some agencies of the Federal Government to come together for Nigeria to experience rapid economic growth.

“I like to see agencies such as the Nigerian National Petroleum Corporation and the Nigerian Maritime and Safety Agency come together with the Minister of Finance to review how far we can harness our resources,” he said.

According to NAN, Agbakoba spoke on Saturday in Lagos at a forum organised by the Finance Correspondents Association of Nigeria, with focus on the 2021 federal budget and the economy.

He advised the government to limit itself to policy formulation and play the role of a regulator while private sector players run the enterprises.

He added, “When you look at the 2021 budget, you find out that there is no way Nigeria is going to grow at three per cent next year. No country comes from -8 per cent to three per cent or from negative to +3 per cent.”

While commending the border closure by the Federal Government, he advised that government should look within and sell “unwanted assets” like refineries and the federal secretariat to the private sector. 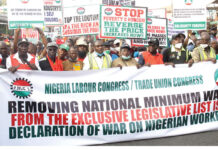 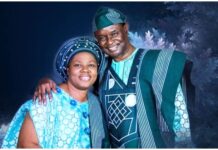 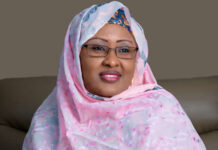