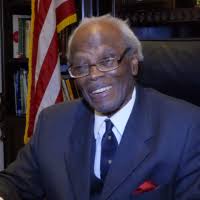 The Nigerian ambassador to the United States of America, Ambassador (Justice) Sylvanus Adiewere Nsofor, has passed away. He died December 10th, 2020 in Washington DC, Intervention has authoritatively learnt.

Although the time difference at the time of the hint of the news made telephone call to the US disruptive of other people’s sleep, the hint came from sources that should know.

What has been peculiar about Ambassador Nsofor’s posting is his age as well as the belief that it was a reward for his dissenting judgment in favour of President Buhari in one of his numerous court cases in pursuit of the office.

Details of achievements or lack of them on Ambassador Nsofor’s part would begin to emerge when condolences start pouring in much later in the day.

​POLICE ARREST GREEDY HUSBAND IN ABIA FOR MASTERMINDING THE ABDUCTION AND...