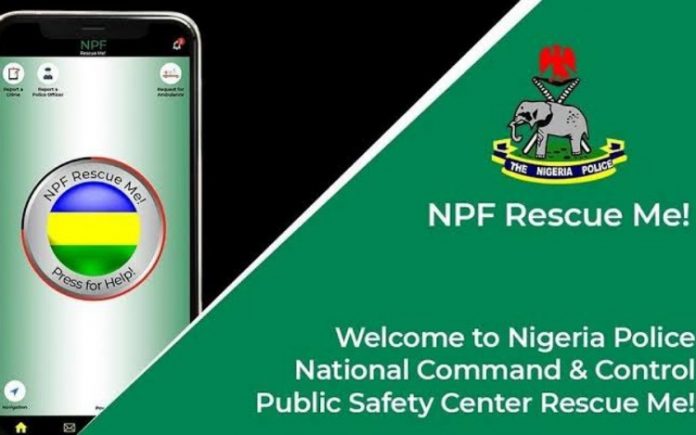 The Nigerian Police Force (NPF) has revealed that its Rescue Me App has received 10,122 fake emergency alerts within 4 days from some citizens, an action that is affecting genuine callers

This is as it has attributed the high volume of pending alerts and heavy traffic on its newly launched ‘Rescue Me App’ to the fake emergency alerts by some Nigerians.

This disclosure is contained in a series of tweet posts by the Acting Force Public Relations Officer, CSP Olumuyiwa Adejobi, on his official Twitter account, where he said that the development is causing more harm to the system and is jeopardizing it.

Adejobi, who insisted that the app is good, efficient and helpful, said that they have over 5,000 pending or awaiting OTP to proceed on the app, but are affected by the unnecessary heavy traffic on the system.

Adejobi said that the app was initiated to improve security across the country and asked for the cooperation of Nigerians.

His tweet post reads, “On our NPF Rescue Me App, we want to urge Nigerians to please stop fake alerts. These are causing more harm to the system and jeopardising it. In the last four days, we have received more than 10,122 fake alerts.

“We are sure the app is good, efficient and helpful; that’s why we initiated it to improve our security network. Pls, cooperate with us on this.’’

Recall that some days ago, the Nigerian Police Force (NPF) launched a new safety app dubbed NPF Rescue Me, designed to help people in Nigeria get quick help when they’re in trouble.

The Police Public Relations Officer, Olumiyiwa Adejobi, explained that the app was created to help the Force to respond as quickly as possible to distress and take policing to the grassroots, making it free and effective.

Apart from reporting crime, the Rescue Me App also has other functions such as requesting an ambulance, emergency contact feature, reporting a police officer, and navigation.