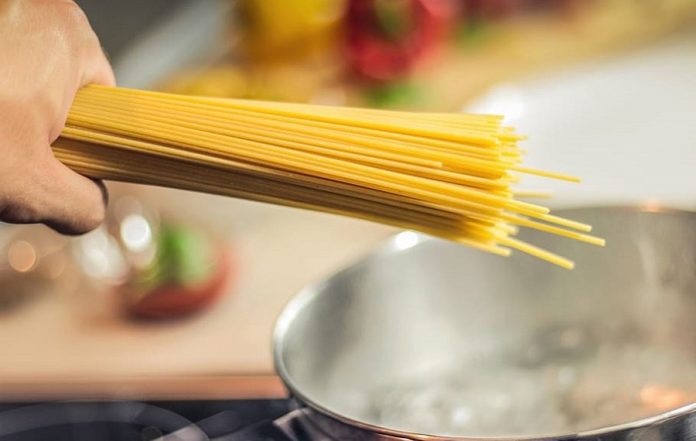 Nigerians have reduced their interest in the consumption of pasta, popularly known as spaghetti after the price surged by over 87% year-to-date to sell for as high as N450. This is based on information gathered by Nairametrics Research across various markets in South West Nigeria.

A pack of power pasta (500g) that was sold for an average of N240 across Lagos markets as of December last year, has now jumped to N450 per pack in various areas in South West Nigeria. This increase represents an 87.5% surge year-to-date.

In the same vein, the price of Golden Penny pasta rose to N430 per pack while Autie B sells for an average of N480. In the past 3 months, the price of pasta has risen by 73.1%, while the galloping hike in the price started in May 2021.

The once highly sort-after meal, which is popular for its cooking ease and speed has now earned a gold-like status as the price continues to increase indiscriminately. It now appears that the factors that endeared Nigerians to the meal is no longer enough to ensure their continual consumption as prices have hit their highest levels on record.

The surge in price of pasta and other staple food items came on the back of the continuous moderation in the country’s inflationary numbers. According to the recently released inflation report by the National Bureau of Statistics (NBS), food inflation dropped by 113 basis points from 18.34% recorded in the previous month to 17.21% in November 2021.

It is worth noting that the November 2021 food inflation numbers, represent the lowest rate in fourteen months and the 8th consecutive monthly drop. In the same manner, the headline inflation dropped from 15.99% to 15.4% largely driven by the drop in food inflation.

Unfortunately, these moderations are not reflective of the market realities as consumers and traders alike, maintain that the prices of food items are growing unbearably in recent times.

Journalist visited some major markets in southwest Nigeria and found that most households have switched to other alternatives and would rather eat rice than pasta. According to Mrs Ruth in Lagos State, “I stopped eating spaghetti years ago, after I heard that it has zero nutritional content and expensive again.

” She added that despite pasta being a fast food and very easy to cook, it is not worth spending so much on and would rather buy noodles when there is need to quickly prepare a meal.

Students in higher institutions have also highlighted how the increase has affected their consumption, although they cannot totally stop the consumption of pasta, they have definitely reduced their intake and have partially switched to other food items that will fill their belly and cost lesser.

While speaking to Rasheed, a student at the University of Ibadan, he compared the price of spaghetti with that of rice and highlighted that he has stopped eating the former due to the incessant increase in the price. “The price of spaghetti rose to N450, already selling for the same as a Derica of rice, I would pick rice over spaghetti anytime.”

Although some Nigerians stated that they could not stop consuming spaghetti due to the speed and ease of cooking, especially because their nature of work requires them to spend less time in the kitchen. Mrs. Ope, a banker in Lagos State said, “I do not have a choice but to continue eating spaghetti despite the increase, I love it and it helps me manage my time properly.” She also explained that there is a general increase in the price of food items in the country and is not limited to the price of spaghetti, hence no justification for the switch.

An analysis of the financials for the second quarter period ended September 2021 for two of the major listed pasta makers in the country shows that the cost of sales for both companies surged significantly compared to the prior year.

Honeywell Flour Mills, the makers of Honeywell pasta recorded a 19.3% boost in revenue, however, a 27.2% increase in its cost of sales ensured a significant year-on-year dip in its gross profit, while it posted a profit after tax of N353 in the six months period.

In the same manner, Flour Mills of Nigeria recorded a 47.2% increase in its top line, which was eroded by the 53.7% increase in cost of sales to N468.4 billion.

This caused a decline in the gross profit margin from 14.2% recorded in the corresponding period of 2020 to 10.4% in 2021. It was however able to increased its profit by 6% to N10.5 billion in the period under review.

Although the companies did not state the breakdown of their revenue-generating unit in order to assess the performance of the pasta sales, the surge in the cost of sales, suggests significant increase in the prices of raw materials.

Spaghetti is a common food item for Nigerians, especially the working class and students in higher institutions, due to its ease and versatility while preparing it.

However, with the hike in the price of the food item, Nigerians are now forced to look towards other items that could replace pasta. Close substitute of pasta includes noodles and rice, both of which are not selling any cheaper either.