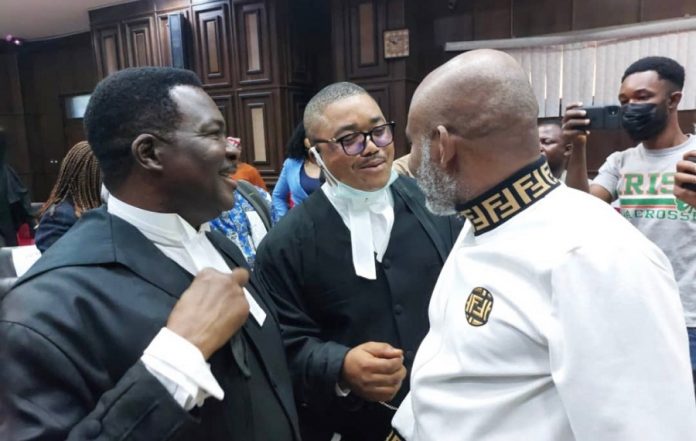 Nnamdi Kanu, the leader of the Indigenous People of Biafra has changed his lead counsel representing him in the case brought against him by the Federal Government of Nigeria.

This was confirmed by the former lead counsel, Ifeanyi Ejiofor to reporters this morning at the federal high court where Kanu is expected to be arraigned.

Speaking to newsmen before the commencement of trial about his representation of Kanu, Ozekhome said that self-determination is a right, recognised by international law.

He further said he had been briefed by Ejiofor to take up the case.

Report gathered  that the federal government a fresh 8 terrorism charges against Kanu adding to the already 7 charges making it 15.

LOSING A LOVED ONE IS NEVER EASY – TB JOSHUA WIFE