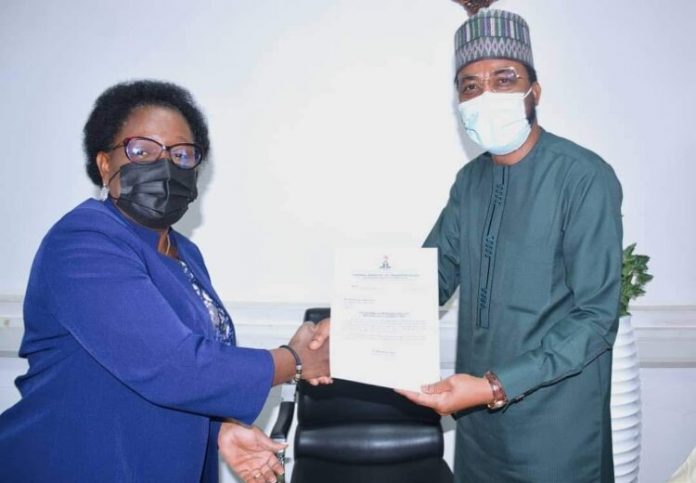 L-R: Mr. Mohammed Bello-Koko receiving his confirmation letter as the Managing Director of the NPA from the Permanent Secretary, Federal Ministry of Transportation, Dr. Ajani Magdalene on Monday February 21, 2022

Chinedu Jideofo-Ogbuagu, president of the Marine Club of Nigeria (MCN) writes on the controversial appointment of Mr Mohammed Bello-Koko by President Muhammadu Buhari as the new managing director of the Nigerian Ports Authority, NPA.

People who say that all this happened before Mr Mohammed Bello-Koko became a public servant are economical with the truth. They are also missing the point.

The first allegation against Mr Bello-Koko is that he failed to declare to the Code of Conduct Bureau (CCB) his interest in four London properties he had acquired through offshore companies/accounts before his appointment as executive director (Finance and Administration) at Nigerian Ports Authority (NPA).

The second allegation against Mr Bello-Koko is that he acquired a fifth London property after being appointed as the executive director, Finance & Administration.

Third, since Mr Bello-Koko became a public servant, has he ended his interest in offshore companies/accounts, which is the critical point of his being mentioned in the Pandora Papers?

The fourth allegation against Mr Bello-Koko is that he had been involved in offshore deals before becoming a public servant.

The questions we must ask are:

(1) Why appoint a man who is experienced in secret offshore companies/accounts as a public servant in the first place?

(2) Why retain him as a public servant after it came to light that he acquired at least one foreign property and maintained foreign bank accounts after becoming a public servant, and had not himself declared his interest in the foreign assets?

Mr Bello-Koko was made acting MD with the suspension of erstwhile MD/CEO, Mrs Hadiza Bala-Usman, over allegation of NPA failing to remit its operating surplus, remember, with Mr Bello-Koko as ED F&A. An administrative panel was set up to look into the allegation against Mrs Bala-Usman.

After months of their investigation, the panel cleared Mrs Bala-Usman of the allegation against her.  Almost immediately after she was cleared, instead of returning her to the office she had been suspended from pending the outcome of investigation into the allegation against her, Mr Bello-Koko was confirmed as MD/CEO, meaning the sacking of Mrs Bala-Usman. That is highly curious.

We feel that it is highly odd to confirm Mr Bello-Koko as MD/CEO of NPA after an administrative panel had cleared Mrs Bala-Usman of the only allegation against her, that is, not remitting the agency’s operating surplus to the federation account; not even that she had diverted or stolen any money belonging to NPA.

Also, confirming Mr Bello-Koko as MD/CEO immediately after clearing Mrs Bala-Usman leads us to believe that Mrs Bala-Usman had been suspended not because of that allegation but on a witch-hunt.

Having been cleared by the administrative panel, Mrs Bala-Usman should have returned to the office as MD/CEO of NPA while Mr Bello-Koko, on account of the allegations against him, released to return to his offshore business as a private person, and clearing his own name at CCT and other anti-corruption agencies.

Making Mr Bello-Koko MD/CEO of NPA in such controversial circumstances amounts to an indictment on President Buhari’s anti-corruption crusade.

We think that if President Buhari had any unstated and unclear reason(s) to sack Mrs Bala-Usman other than the allegation over which she was investigated and cleared (and it is Mr President’s prerogative to hire and fire his aides), Mr Bello-Koko should not be the one to step into her shoes.

Mr Bello-Koko clearly lacks the requisite credibility and integrity for that exalted and sensitive office to the Nigerian economy. 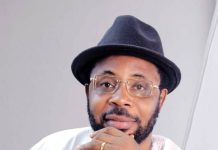