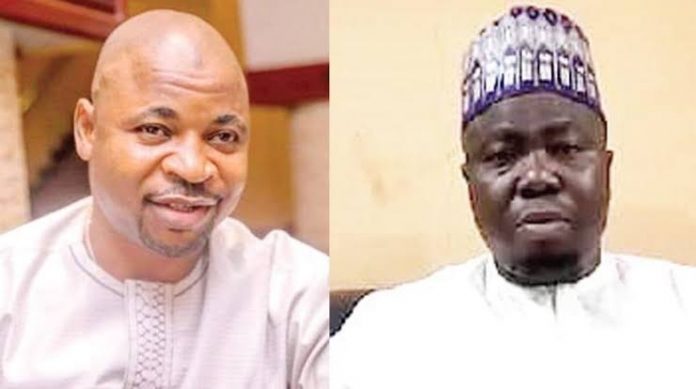 But for the intervention of policemen and soldiers who stormed the Ijaiye Bus Stop in the Agbado area of the Alimosho Local Government Area of Lagos State on Monday to forestall a clash between road transport unionists loyal to two factional leaders in the state: Musiliu Akinsanya popularly called MC Oluomo; and Azeez Abiola, aka Istijabah.

A reporter who was at the bus stop, spotted about five patrol vans of security personnel who were on a joint mission in the area on Monday.

The fully armed policemen came in four patrol vans, while fierce-looking, gun-wielding soldiers stormed the bus stop in a van and remained there from morning till about 4pm when they left.

It was also observed as over 100 area boys and foot soldiers of both MC Oluomo and Istijabah seethed with rage as they stood just opposite the security agents.

WOMAN ALLEGEDLY TURNS INTO COW AFTER SLEEPING WITH MARRIED MAN

DOYIN SALAMI: ALL YOU NEED TO KNOW ABOUT BUHARI’S NEW CHIEF...