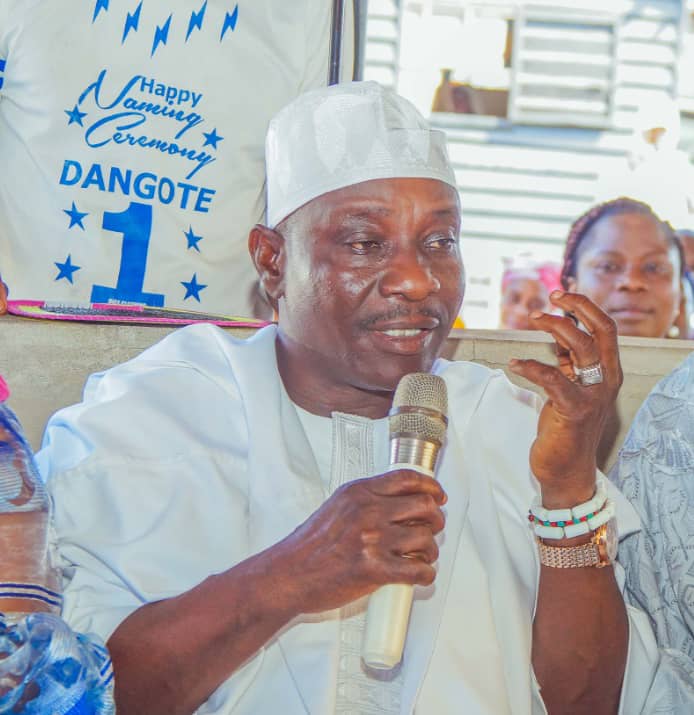 The Oba-Elect of Magbon Alade in the Ibeju Lekki Local Government Area of Lagos State, Prince Sikirullai Alade Adebola Ogunlana, has endorsed the candidate of the All Progressives Congress, APC, Tokunbo Abiru, in the December 5, Lagos East Senatorial by-elections.

Ogunlana who was unanimously adopted as the Oba-Elect by Ipatun, Oketun and Oga, which are the three quarters that make up the royal stool in Magbon Alade said Abiru has shown a great deal of enthusiasm in governance, adding that he will impact positively on the people and governance.

The Oba-elect urged the people of Ibeju-Lekki to come out enmass to vote for Tokunbo Abiru.

“I want you to go out on Saturday, December 5 and vote enmasse for Mr. Tokunbo Abiru in the Lagos East Senatorial by-election.”

“I implore all youths in Epe, Ikorodu, Kosofe, Somolu, Ibeju-Lekki and its environs to make this a reality for us.”

Tokunbo Abiru, a former Commissioner for Finance in the state was nominated and adopted by the ruling All Progressives Congress as a replacement for the late Senator Bayo Osinowo, who represented Lagos East senatorial district until his death.