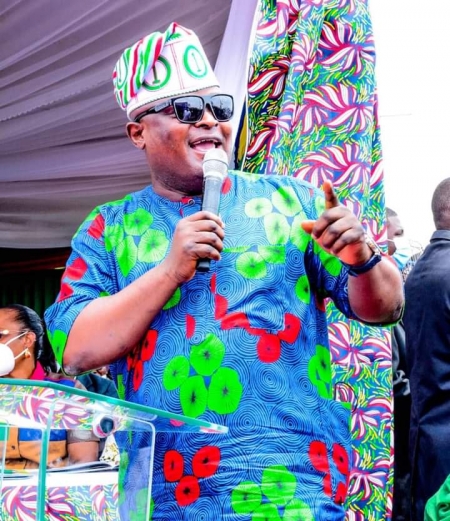 The rise and rise of Rt. Hon. (Dr) Mudashiru Ajayi Obasa is left to be observed and trademarked. This is a man who has continued to move from grace to more grace, from being a Ward Councillor in Agege to being a Member of the Lagos Legislative House and now presides as Speaker, Lagos State House of Assembly.

Currently, Obasa stands firmly as the longest serving Legislator in Lagos State and since his emergence as Speaker of the House, he has worked tirelessly to create synergy and maintain cordiality between the Legislative and the Executive arms of government in Lagos State.

On bills and law enactments, his primary assignment as a Legislator, Obasa has distinctions reserved in his scorebook with an excellent performance.

Obasa also holds his head high as a man who is passionate about the execution of infrastructures. Obasa has turn his home constituency, Agege, into a Mega City with modern infrastructures facilitated by him.

Hon. Obasa as also proven himself to be a great manager of human resources with a long list of political mentees and proteges. He continues to look out for everyone under his watch while ensuring that everyone is effectively rewarded.

We must continue to drum support for this great human asset that God has blessed us with in Agege and Lagos State by extension.

Obasa 2023 is already a success by God’s grace and we will all be here to celebrate come 2023.