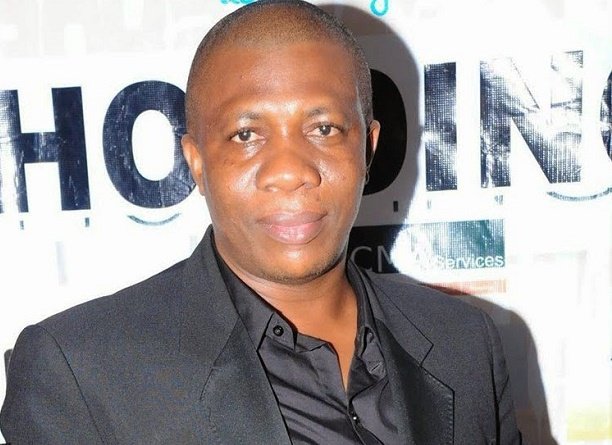 Chico Ejiro was one dexterous movie producer who had distinguished himself among Nollywood’s ranks until he directed what would turn out to be his last project on the eve of Christmas. He died in the early hours of December 25 after  reportedly suffering a seizure.

Although not much is documented about the now-late thespian, his enormous body of work marked Nollywood’s second generation that started in the 90s when cheap video-production equipment became available in the country.

Ejiro, born in Isoko, Delta state, attended Obafemi Awolowo University (OAU), Ile-Ife where he obtained a diploma in agriculture after two years. He then went to the Federal University of Agriculture, Umudike to complete his course in agriculture after which he was drawn into video production — just about the same time when the industry’s sales and renting of home videos had started to witness a revenue surge.

The exact number of movies he has worked on as either director, producer, or both is unknown but is said to range in the hundreds. That was as of 2007. Nicknamed Mr. Prolific, he had directed over 80 within a five-year period. As his movie production career spiraled up, Ejiro had founded Grand Touch Pictures, a Lagos-based company.

It is understood that each project, which features a contextually relevant storyline, was shot in as little as three days.

In a  2002 article, the New York Times, a respected newspaper based in the US, had quoted Ejiro as “boasting that he could shoot a movie in a single weekend”. “At times, he has directed several movies at once,” it added.

The article was on the back of a recess that the Nigerian film industry had embarked on then to combat many quickly churned out films that were seen as a threat to Nollywood’s future.

Even as Nigeria’s home videos had become a formidable force in West Africa that swept clubs and broadcast TVs from Ivory Coast to Cameroon, many low-quality and exploitative quickies had flooded the market to pose a threat.

Ejiro was also credited for his directorial and production roles in a large catalogue of Nollywood films including ‘First Cut Is the Deepest’, ‘Dream Lover’, ‘Agony of a Lover’, ‘True Romance’, ‘Silent Night’ and ‘Outkast’.

He was also credited to have discovered Nollywood talents like Jim Iyke, Ramsey Nouah, Victoria Iyama, among others.

Featured in 2007 docu ‘Welcome to Nollywood’

13 years before he would eventually take his last breath, Ejiro was among the prominent figures who featured in ‘Welcome to Nollywood’, a 2007 documentary directed by Jamie Meltzer, a famed American movie executive.

The project, which premiered at the Full Frame Documentary Film Festival, also screened at the Avignon Film Festival, and the Melbourne International Film Festival in the same year. It looked into what could then be termed a newly emerging film industry, exploring its inner workings, economic challenges, and its diverse array of colorful films.

‘Welcome to Nollywood’ told the stories of three directors and their latest productions while also doing interviews with scholars, actors, and journalists who celebrate the Nigerian video-film industry and its impact in West Africa.

Tributes pour in for the deceased

Taking to her social media page to mourn the late filmmaker, Shan George, a Nollywood star, described Ejiro as her godfather in the movie industry. She also confirmed that Ejiro was done shooting a movie on December 24 before he passed on.

“It’s a sad Christmas day. My Godfather in the industry passed on this morning, yesterday he was very fine, he wrapped shoot on a new movie he was directing. A true definition of d word LEGEND. Multiple Award-winning movie Producer/Director @chicoejiro, U remain in our hearts Papa K. Words fail me sir, may your soul rest in d Bossom of God,” George wrote.

On his part, Ramsey Nouah wrote: “We lost a gem..and Nollywood mourns. A pioneer in our industry. May your legacy never die. RIP Chico Ejiro!”

Joy Ejiro described the death of her husband as a “rude shock” while revealing that he died in her arms.

“This is a rude shock!!!!!!!! we had a lot of plans for Christmas, we spoke a lot about how the day will go, we were recounting how GOD has been good to us this year and how grateful we are to be alive, I never knew it was going to be my last midnight gist with you. You died in my hands Chico, you left me so confused and devastated,” the bereaved wife wrote.

“In all, I thank GOD for giving me the opportunity to spend the last 26yrs with you, you were a selfless man who was a wonderful husband and a great father.

“I’m consoled by the beautiful life you lived and the impact you made in the movie industry and all that crossed your path. You will forever be in our hearts. Till we meet again my Baby Boy, I will have plenty gist for you my best friend.”

Lai Mohammed, minister for information and culture, described Ejiro as a prolific director who was the shining star of Nollywood.

He urged his family and friends to take solace in the fact that his “legacy will live on through the excellent works of the actors and actresses he helped to nurture over the years, and indeed in the progressive success of Nollywood.”

”Thanks to the pace-setting work of Ejiro and contemporaries, Nollywood is today one of the biggest film industries in the world, which is providing employment for many Nigerians and creating wealth for the nation. May God grant repose to the soul of the departed and comfort his family and friends,” the minister said in a statement by Segun Adeyemi, a media assistant to President Mohammadu Buhari.

Ejiro was married to Joy, with whom he had sired four children. He has two brothers: Zeb Ejiro and Peter Ejiro, who are also movie producers.

WHY NIGERIANS PLANNING VACATION IN GHANA, UK WILL SPEND MORE ON...

I HATE BEING CHEATED AND I HATE IT WHEN PEOPLE AROUND...