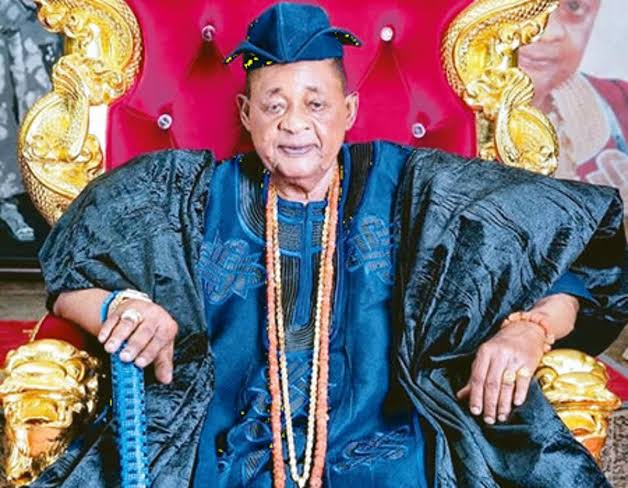 Oba Lamidi Adeyemi, the Alaafin of Oyo, passed on at 83 years on Friday night.

Adeyemi died at the Afe Babalola University Teaching Hospital, Ado Ekiti. Adeyemi ruled for 52 years before his demise, making him the longest-reigning Alaafin.

His Life And Times

Alaafin Adeyemi was born Lamidi Olayiwola Atanda Adeyemi on October 15, 1938 into the Alowolodu Royal House of the famous Oyo town.

In his younger age, the Alaafin was a lover of boxing. The monarch was a boxer but had to retire early due to his coronation.

He became the Alaafin of Oyo in November 18, 1970, succeeding Oba Gbadegesin Ladigbolu I, during the governorship of Colonel Robert Adeyinka Adebayo, after the civil war. He was known popularly as Iku Baba Yeye. Then, he was working as an insurance clerk.

As the usual practice in the selection of the new Alaafin, after the death of Alaafin Bello Gbadegesin, the Oyomesi contacted Oranlola (Baba Iwo) of Alowolodu to become the Alaafin. He then called for a meeting within Alowolodu royal family. He informed them of his meeting with Oyomesi and that he suggested his son, Sanda ‘Ladepo.

All the members of the family agreed to this except Baba Salami Dudu. Baba Salami Dudu suggested Prince Lamidi Adeyemi a son to Alaafin Adeyemi Adeniran ll. The contention for the throne of the Alaafin became more intense to the extent that some of the princes from the larger royal families in Oyo became contenders. Among these were Aremo Sanni Gbadegesin, Prince Olanite Ajagba, Prince Afonja Ilaka, Prince Lamidi Adeyemi, and Prince Sanda ‘Ladepo Oranlola.

After all the intrigues, Oba Lamidi Adeyemi Olayiwola III emerged the Alaafin of Oyo in 1970 and was crowned on the January 14th, 1971. He emerged the first; defeating ten others after a vigorous screening exercise.

However, due to what observer attested to be a political interference, the then government “refused to endorse my appointment, saying the procedure was not right” were the words of this great monarch during one of the numerous interviews he granted.

So the process started over again with the same result the second and the third time. Interestingly, despite the immense pressure upon the Oyomesi ‘against his candidature by the government, the Oyomesi stood it ground.

Thus the process was put in abeyance until after the civil war, when the whole process started all over again. To the relief of many and chagrin of the opposition, Oba Adeyemi III was elected the winner and was finally chosen by the kingmakers on November 18, 1970 and then moved into the palace after completing the necessary rites under the tutelage of the Oyomesi.

During his reign, Oba Adeyemi permanently chaired the Oyo State Council of Obas and Chiefs.
In 1975, the head of state General Murtala Muhammed included Oba Adeyemi in his entourage to the hajj.

In 1980, he was appointed as the chancellor of Uthman dan Fodiyo University in Sokoto. He held the position till 1992.

In 1990, President Ibrahim Babangida appointed him Amir-ul-Hajj in recognition of his commitment to the consolidation of Islam in Nigeria.

Alaafin was married to Ayaba Abibat Adeyemi, his senior wife. However, he had about twelve junior wives, whom he attended events with.

The Alaafin has numerous children, though the exact number is uncertain.

‘DO NOT TURN IN YOUR RESIGNATION, THINGS WILL NORMALISE’, IGWE KELVIN...