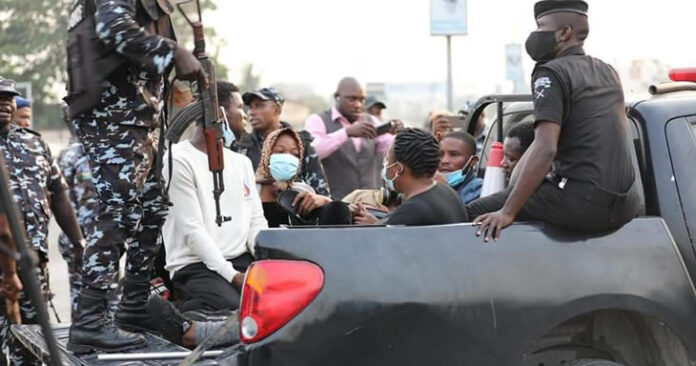 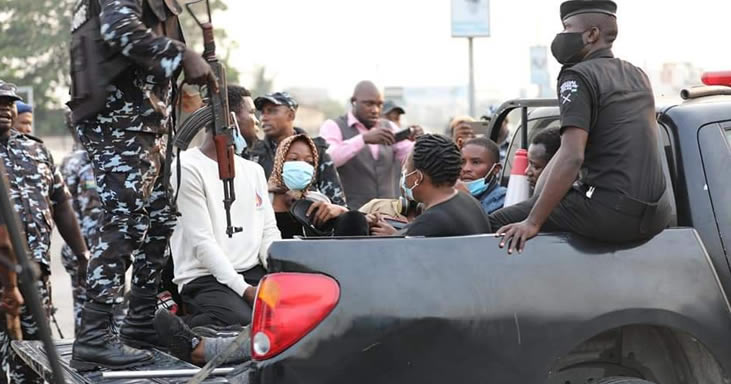 Activists and human rights organisations have vowed not to relent in protesting against bad governance in the country despite the arrest of protesters at the Lekki tollgate.

One of them, the Youth Rights Campaign, in a statement by its National Coordinator, Adaramoye Michael, and National Secretary, Francis Nwapa, faulted the decision of the Lagos State Judicial panel to reopen the tollgate where scores of protesters were shot and allegedly killed on October 20, 2020.

YRC said, “We affirm that peaceful protest is a right not a privilege. This right cannot be suppressed under the false pretext and specious argument of preventing the destruction of public and private properties.

We note that this false hysteria over alleged threat “to burn Lagos” or “cause destruction” has become the default response of a supposedly democratic government and its hirelings each time citizens decide to exercise their freedom of speech and assembly.

“Moreso, even if there were legitimate concerns about violence, this is not enough to suspend the right to protest. Arresting peaceful demonstrators has nothing at all to do with preventing violence and destruction.

“Notwithstanding these dictatorial antics, we shall not relent in organising and mobilising, or supporting legitimate actions, against the anti-poor policies of the Buhari capitalist government and all the equally anti-poor state governments across the country.”‌

Also, the Movement for A Socialist Alternative in a statement by its spokesperson, Dagga Tolar, titled, ‘Working people can no longer afford to remain on the sideline’, described the “Lekki Police affair” as brutish, unlawful, and unacceptable.

It added, “The live videos of moments of their arrest, depicting protesters beaten down with batons, are a horrific testament to the disguised dictatorship in Nigeria.

“It is within the constitutional rights of the protesters to protest apparent injustices and canvass public support for their equally legitimate demands.

The Police’s repression of peaceful protesters is a clear show of contempt by this regime for the same Constitution it is quick to build its legitimacy on.

“Today’s protest, a legitimate action, has been heavily repressed by policemen that pick protesters into a fleet of waiting “Black Marias”.

This is another example, in a hundred, of the contempt the regime of Major General Buhari (Rtd.) has for the Constitution or the Rule of Law.

It is this kind of thuggish disposition, which brings state’s force of coercion to bear on peaceful protesters, that represent the government as a Committee of Hoodlums, against every failed effort to pin such description on peaceful, unarmed protesters.

“The repression by this government knows no bounds and is tightening its noose around the neck of the people; We call for a collective action of the working people and youth to stop this oppressive state on its track.”