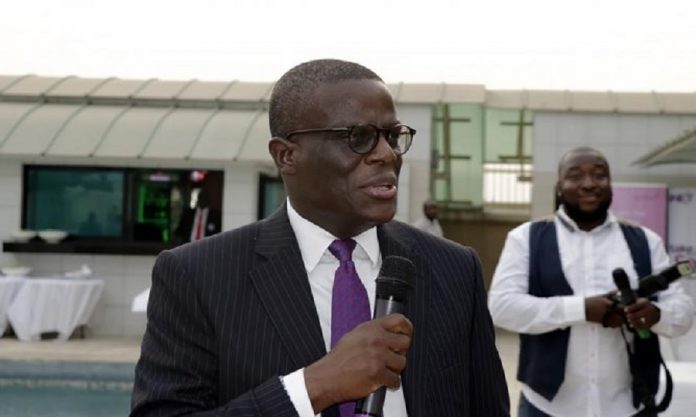 OPayhas appointed Olu Akanmu, a former FCMB Executive Director for Retail Banking, as the new president and co-CEO of its Nigerian division.

This was revealed to Nairametrics by a source in the know. Even though an official press statement announcing Akanmu’s appointment is yet to be published, the source claims he resumed duties on November 2.

Akanmu, who formerly worked in the banking and telecommunications industries, brings over with him 20 years of corporate leadership experience to this position.

Olu Akanmu is a seasoned commercial executive with a wide range of expertise at high levels in consumer products, manufacturing, healthcare, telecommunications, and financial services.

Before Opay, he worked as executive director, Retail Banking at FCMB. As Chief Marketing Officer at Airtel Nigeria, he was responsible for leading commercial strategy and achieving yearly revenue targets of more than USD 1.5 billion.

Prior to working at Airtel, Akanmu operated as Managing Director for Retail and Consumer Banking at the now-defunct Bank PHB

He also worked in MTN Nigeria as General Manager, Consumer Marketing and was the chief architect of MTN’s amazing brand and consumer marketing strategy in Nigeria.

Akanmu has a diverse educational background within and outside Nigeria. He graduated from Obafemi Awolowo University in Ile-Ife with a bachelor’s degree in Pharmacy.

He also holds a Master’s degree in Business Administration from the Lagos State University.

He also studied at the University of Witwatersrand and Edinburgh Business School, earning a distinction in the Management Advancement Program and a post-graduate certificate in Business Research, respectively.

Report indicated that OPay raised $400 million in a fresh funding round. SoftBank Vision Fund 2 led the fundraising round, which valued the company at $2 billion.

OPay used to provide ride-hailing and logistics services across Nigeria before being forced to close due to a government ban.

The company’s mobile money service, which has a network of agents and serves Nigeria’s unbanked and underbanked, is currently the most popular.

OPay’s monthly transactions increased 4.5 times to over $2 billion in December of last year, according to parent firm Opera.

OPay also claims to handle around 80% of bank transfers among Nigerian mobile money providers and 20% of non-merchant point-of-sale transactions.

ONALAJA TO BE INSTALLED 20TH PRESIDENT ROTARY CLUB OF MARYLAND