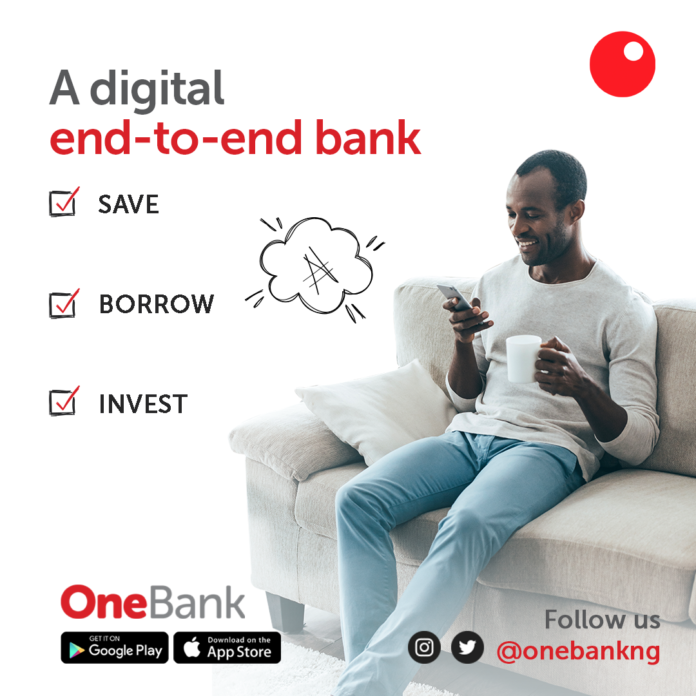 The new feature, known as Ajo Scheme, is the digital construct of Ajo, Esusu and Adashe, the oldest informal means of collecting and saving money through a savings club or partnership for big-ticket transactions such as a down-payment on a house, car, gadgets, school fees, overseas trips.

The Ajo Scheme will allow members that are OneBank users to make an agreed monthly contribution with funds accessed on an agreed rotating basis.

Group Head, Digital Banking of Sterling Bank, Oladipo Alabede, disclosed this in a recently issued statement. He explained that the Ajo Scheme could be initiated by an interested customer who will invite family and friends to join the scheme.

However, all participants must be registered users on OneBank and must accept the invitation request. He said there is also an allowance for participants to switch collection positions after being accepted to be part of the scheme.

Oladipo said that debiting participants’ accounts and remittance to beneficiaries is automated, adding that the process runs daily and will debit participants on the day he/she has selected.

He said where the account is not funded, the process is repeated for the entire day selected by the participant. If the contribution still fails to come in, the scheme continues as is. The benefactor for that cycle will get only the contributions that came in for that month.

Oladipo noted that disputes relating to unfunded accounts will not be handled by the bank, saying that participants would have to sort out the dispute outside the App.  According to him, someone can be added without his/her knowledge if the creator knows the email address.

Still, such an added person will have to accept before he can become a valid participant.   The Group Head of Digital Banking said once the Ajo Scheme starts; it cannot be dissolved until its cycle is completed.

He added that there are terms and conditions of the Ajo Scheme that participating members should accept and that the bank will not guarantee payments.

Same for the total amount contributed, the current cycle of contributions, and the cycle of disbursed amounts be available on the App.

Oladipo explained that monthly disbursements would occur on the 28th day of every month after all contributions for that month had come in.