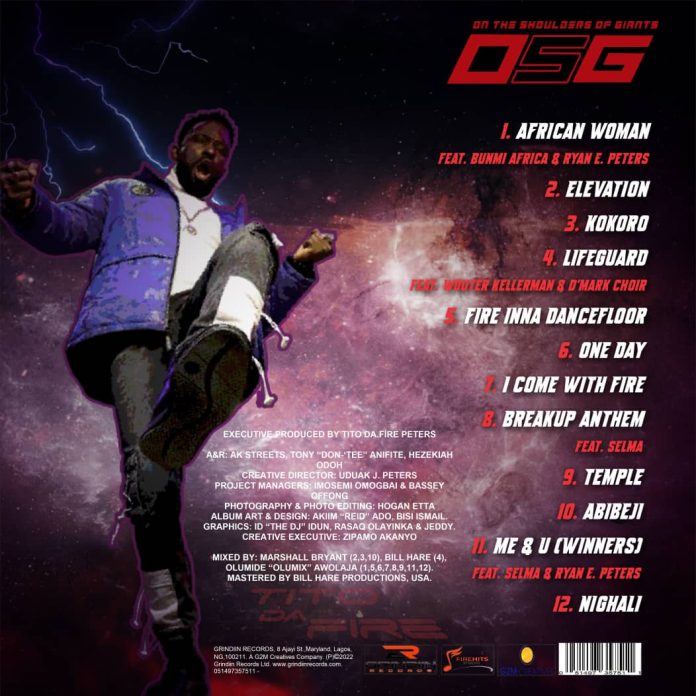 Tito Da.Fire, the Grammy Awards Recording Academy inductee Of the class of 2022 has once again justified why and how he earned his place at the international body by shutting up his doubters, not by trading words but with his proven and tested dexterity, armed with his amazing mastery of what he does best; churning out of musical hits.

Consistency for or to do anything worth doing well can be said to be synonymous with success. Putting that action verb side by side Tito Da.Fire is tantamount to the birthing of a well-deserved back-slapping, fist-bumping, and hat-doffing success. Such are the positive active words that come into the discourse of the soon-to-be-released “On The Shoulders Of Giants” album by Tito Da.Fire.

For those who have been observant enough and skilled in the art of taking notes, Tito Da.Fire has subtly been whetting their appetite with snippets of what is to come on his social media handles. An example of this is “Kokoro” the buzz generated from it became an attestation of a professional work well researched and delivered.

The album, “On The Shoulders Of Giants” (OSG) contains 12 wonderfully written and arranged tracks cutting across dancehall, Afro-pop, World Music, reggae, and juju medley, the truth remains, none of the tracks can be waved off or pushed aside.

From the philosophical “Kokoro” to the ballad “Lifeguard” featuring Grammy Award winner Wouter Kellerman and “Breakup Anthem” flexibility and class is written all over what he did with the Reggae-soul track, “Temple”.

As simply as Tito Da.Fire looks, he’s definitely not going to make the job of any entertainment OAP any easier when they are eventually confronted with deciding or choosing what track to play at any given time.

Paying tributes to music forerunners and legends in “One Day”, and beautiful African amazons in “African Woman” featuring spoken word poet Bunmi Africa and Eight year old Singer Ryan E. Peters, there is just something appealing to every music lover to choose from.

“OSG” is a testament that Tito Da.Fire sure knows his onions when it comes to his love and passion; which is music. 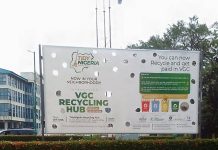