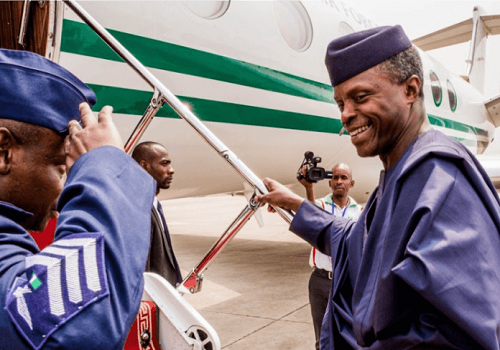 Representing President Muhammadu Buhari at the programme, Osinbajo would feature in meetings by the UN-Energy ahead of the UN Climate Conference COP26 to be hosted by the UK in Glasgow, Scotland, among other engagements.

Before returning to the country on Sunday, October 10, the Vice President will hold talks with the President-Designate of COP26, Alok Sharma, a cabinet UK Minister and Chair of the British Government’s COP26 Energy Transition Council (ETC), on issues regarding the 2050 global net-zero emission target and move to align with key elements of a just and equitable transition for all.

The parley holds at Whitehall.

Osinbajo was accompanied by a delegation, including the Minister of State for Environment, Mrs. Sharon Ikeazor and the Special Adviser to the President on Economic Matters, Dr. Adeyemi Dipeolu.

HP ANNOUNCES NEW ENVY LINE-UP, DESIGNED FOR CREATORS & MADE WITH...