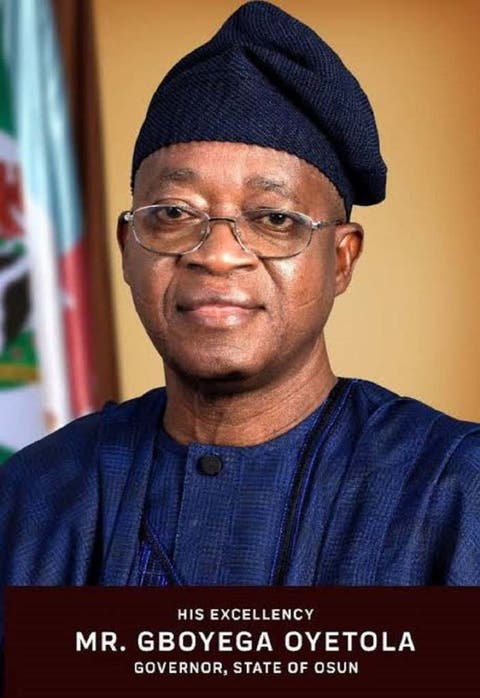 The monarchs in Ede Federal Constituency of Osun State on Tuesday commended the State Governor, Adegboyega Oyetola for spreading infrastructural development across the state.

“I have never seen a Governor like you. You have done well for us. You have fixed one of the roads giving us a headache. This road had become a death trap before your intervention. During the raining season, some portions of the road looked like fish ponds,” he said.

Also, Timi of Ede, Oba Munirudeen Adesola Lawal, thanked Oyetola for all he has been doing in the State and especially for strengthening the fortune of the town.

Timi said: “The entirety of Ede has sent me to thank you for this great favour that we have received from you. We wish you peace in your government, strength and good health to govern us on in continuum because we desire to see more good works.

“Once a government is performing and spreading the dividends of democracy, there is no point to contemplate changing such a government”, he stated.

A former speaker of the State’s House of Assembly, Adejare Bello, expressed gratitude to Oyetola for saving him and his colleagues from the constituency from the embarrassment resulting from their inability to facilitate the reconstruction of the road.

I am from Ede and I spent eight years as Speaker. What we could not facilitate in our 20 years of cumulative service as Speakers, Governor Oyetola has done it for us within two years of his administration”, Bello stated.

In his remarks, Governor Oyetola said his administration was committed to equitable infrastructural development as part of efforts to give the State a facelift in development and to attract both local and international investors.

“The reconstruction of these roads is in pursuit of our resolve to embark on quality and equitable infrastructure development for the transformation of our economy and the delivery of prosperity to the people of the State.

The two-in-one event commissioning and flag-off- is therefore symbolic as it further affirms our administration’s avowed commitment to keeping our promises. We shall continue to fulfil our commitment to giving you access to services and projects in all the sectors as we progress”, Oyetola emphasised.