The 18th annual conference of the Women in Management, Business and Public Service, (WimBiz) kicked off at the prestigious Eko Hotel & Suites Victoria Island , Lagos, Thursday with over 2000 delegates in attendance.

The annual conference which is WimBiz’s flagship programme has as its theme for this year, ” Shaping the future: Strategizing to win” and is being chaired by Hon. Justice Rose Ukeje OFR while the First Lady of Ekiti State, Erelu Adeleye – Fayemi presented the keynote address.

Delivering her welcome address, the Chairperson, Executive Council of WimBiz, Olubunmi Aboderin – Talabi said the rationale behind the theme of this year’s annual conference : ” Shaping the future: Strategizing to win , is to point to the inherent ability within each human being to make something of her or his future.

” We all have the capacity to be proactive in shaping the outcome of our lives. Being reactionary or passive limits the range of our choices. The future takes the form we give it .If we do not deliberately take steps to shape the future we desire for ourselves, our family, our community then it’s as though we have inadvertently given other people the permission to determine how our lives turn out”, Aboderin – Talabi said.

She said during the conference , delegates will learn how to develop winning strategies to secure their seats at the table; discover how to collaborate to win ; gain a deeper understanding of consumer behaviour; reach the vast majority who are not on the internet; overcome trauma and silence shame; rise above the imposter syndrome; mitigate unbenefitial financial surprises in retirement years ; negotiate a fair contract that accurately reflects their worth ; and much more through each of the sessions.

In her opening address, the Chairperson of the conference, Hon. Justice Rose Ukeje OFR said over the years, the United Nations has put conversations of gender parity on the front burner through its various conferences especially at the Beijing Conference in 1985 but said the women should take the issue far beyond the motivational talks at conferences by taking strategic decision to achieve the goal.

She commended WimBiz for the theme of this year’s conference calling on women generally and the delegates at the conference to plan towards achieving gender parity saying their failure to plan will lead to failure.

She urged the women to be innovative saying ” change the way you have been doing things as it is only a foolish person that does the same thing and expect different results. Nothing happens by happenstance. There must be deliberate plan to change the status quo and to change the old age narratives. Embrace innovation, set goals, take risk, do not be afraid and ensure you evolve a deliberate plan to shift the paradigm.

She said strategy is not enough but that the women must embrace innovation.

Justice Ukeje further admonished women to set goals, continue to learn and that they should not procastinate, urging them not to leave what they can do today till tomorrow.

Delivering the keynote address at the conference, the wife of the Ekiti State Governor and a foremost femnist, Erelu Bisi Adeleye – Fayemi commended WimBiz for being in the forefront of ensuring that what was achieved in Beijing are sustained and not eroded.

She said the efforts of women in raising their voice beyond whispers had led to the improvement of number of women in political positions in the country.

She particularly commends the efforts of the governor of Kwara state , Abdulrrahman AbduRasaq; Lagos, Babajide Sanwo-Olu and Kayode Fayemi of Ekiti State who have included more women in their cabinet than it was in the past, saying , the governors are doing this because women have been watching, women have been mobilising and women have been speaking up beyond whisper.

Adeleye – Fayemi gave eight key points as roadmaps towards achieving gender parity and they include; removing patriarchal oppression; taking legislative/policy approach seriously; Setting agenda to secure change; leaving identifiable legacy behind wherever position women found themselves; women being politically engaged , mentoring the youths and women bringing out their wrappers which she described as ” love, compassion and dignity”. 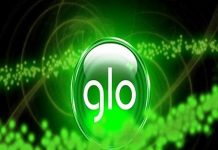 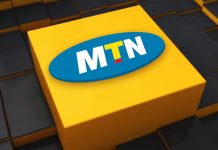 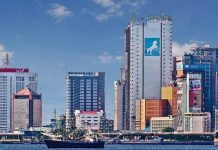 MOST VALUABLE BANKS IN NIGERIA AS OF DECEMBER 2021