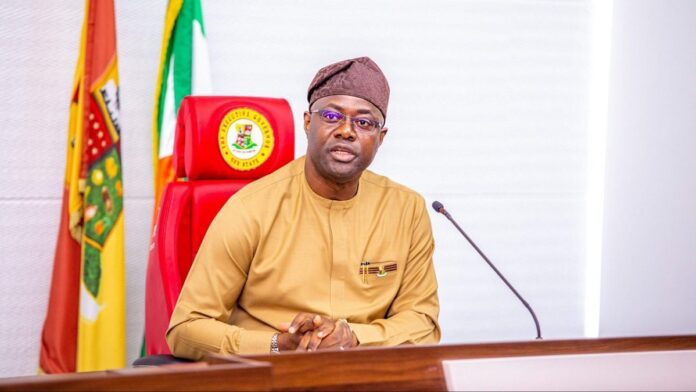 Oyo State has proposed to spend about N295 billion for 2022 as the government seeks to widen the tax net into the informal sector to drive internal revenue generation.

While presenting the budget proposal in Ibadan, the capital city of the state, to the state House of Assembly Governor Seyi Makinde said the government projected an Internally Generated Revenue of N79.8 billion for the 2022 fiscal year.

The state spending plan tagged “Budget of Growth and Opportunities” totalled N294.51 billion. Makinde said the revenue projection is a tall order, but his government intends to accomplish this without increasing taxes.

“As in the previous years, we will continue to expand our tax base to include more in the informal sector. We already see this working to our advantage as the recently released figures shows that our contributions to Nigeria’s Value Added Tax shot up to over N64 billion,” he said.

Reviewing his administration achievements, Makinde said: “We have worked hard to ensure that infrastructure development is not restricted to just one zone of the state.

“In Education, we have continued to make investments at all levels. At the primary level, we completed 26 model schools across all the zones in the state.

“We built 57 classrooms, installed boreholes and improved the sanitary condition of the existing schools through the construction of toilets.

“We have also continued to improve the quality of education in Oyo State. We have not only recruited teachers as reported, but we have also trained them on best practices.

“In the Healthcare sector, we have continued to keep our promise of one Primary Healthcare Centre (PHC) in each ward in Oyo State. In the past year, we have completed the renovation, upgrading and equipping of 40 PHCs.

“Secondary healthcare facilities have not been left out as we continued to upgrade and rehabilitate the existing facilities to serve the good people of Oyo State.

“On Security, we have made provisions to recruit more Amotekun Corps members and we will continue to make an investment in technology that supports our security architecture in Oyo State,” he said.

Detail shows that Infrastructure led the sectoral allocation with N96.7 billion, representing 32.83 per cent to reduce the infrastructure deficit in the state.

This was closely followed by education with N54.1 billion, representing 18.37 per cent of the total budget. This, according to Makinde, is a tradition of his administration to continue keeping the education allocation above UNESCO’s standards.

The governor said that his administration used the tenets of the Federation’s Fiscal Sustainability Plan (FSP) and other development aspirations as a guide, just as it did during the 2021 budget proposal.

On revenue, the governor said the state’s actual aggregate revenue was N78.2 billion.

The governor expressed gratitude to the Speaker, Mr Adebo Ogundoyin, and all members of the ninth Assembly for their continued support of the state government policies and programmes.

He urged the lawmakers to give the budget proposal urgent and timely deliberation so that its implementation could fast track development.

In his remarks, the Speaker assured the governor of the lawmakers’ readiness to deliberate and give speedy passage to the budget proposal.

Among the traditional rulers that graced the occasion were the Alaafin of Oyo, Oba Lamidi Adeyemi and the Olubadan of Ibadan, Oba Saliu Adetunji, who was represented by Chief Lekan Balogun.