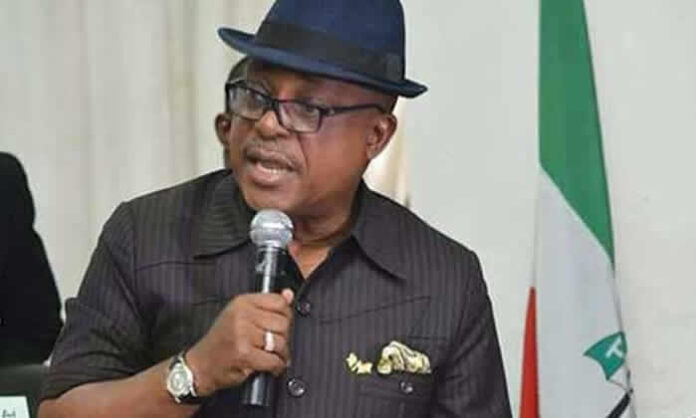 The National Working Committee of the Peoples Democratic Party on Monday inaugurated a new state executive committee for the Ebonyi State chapter of the party.

The event which is ongoing is being presided over by the Deputy National Chairman North, Senator Suleiman Nazif. It has in attendance, former Senate President, Pius Ayim; Senator Sam Ekwu, Ambassador Frank Ogbuewu, and the two other serving senators from Ebonyi State.

Report indicated that the party dissolved the state exco following the defection of the state governor, Dave Umahi, from the PDP to the All Progressives Congress.

CBN THREATENS TO ARREST FARMERS WHO FAIL TO PAY BACK LOANS