The Peoples Democratic Party (PDP) has vehemently rejects plans by President Muhammadu Buhari to return toll gates on highways in the country.

The party in a statement signed by its National Publicity Secretary, Mr Kola Ologbondiyan such insensitive idea, in the midst of excruciating economic hardship and high costs of living occasioned by the ” incompetence and harsh policies of the Buhari administration”, is completely ill-conceived and anti-people.

The PDP insists that at best, such idea amounts to executive bullying which cannot be justified under any guise as it will lead to more increase in costs of goods and services across the country.

“Only recently, President Buhari approved the increase of Value Added Tax (VAT) from 5% to 7.2% despite outcry by Nigerians, who are also being made to pay exorbitant tariffs for electricity and other essential services.

“Since President Buhari came into office in 2015, his administration had continued to increase prices and impose all manner of levies on Nigerians which proceeds are being frittered by the cabal in the presidency leading to a bleeding economy and despondency among the citizenry.

“The PDP says that instead of putting more pressure on already impoverished Nigerians by introducing toll gates at this point in time, President Buhari should exert himself, seek ways of creating wealth out of the abundant resources at the disposal of his administration or make haste to surrender the reign of governance to more competent hands.

“Nigerians could recall that the PDP administration, in keeping with our determination to ensure the wellbeing and economic prosperity of our citizens, dismantled toll gates, cut tax profiles and applied our energies towards wealth creation.

” It is therefore certain that if our nation were under a PDP administration, as desired by Nigerians, competent hands would have been on the deck to proffer ways to create wealth for governance instead of turning our citizens into vassals who are overburdened by heavy taxes”, PDP said.

The PDP said that it is lamentable that at the time Nigerians ought to be enjoying the benefits of the Atiku Abubakar economic recovery and wealth creation blueprint, they are faced with suppressive policies.

The PDP therefore charges President Buhari to immediately rescind the decision to return toll gates on our highways as such is not in the best interest of Nigerians. 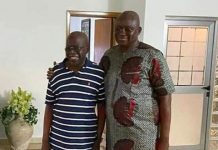 FAYOSE VISIT TINUBU, SAYS , POLITICS SHOULD BE ABOUT LOVE FOR EACH OTHER.~ Fame News 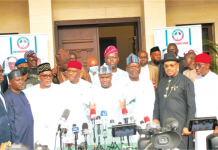 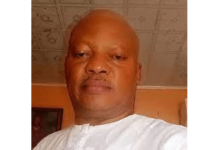