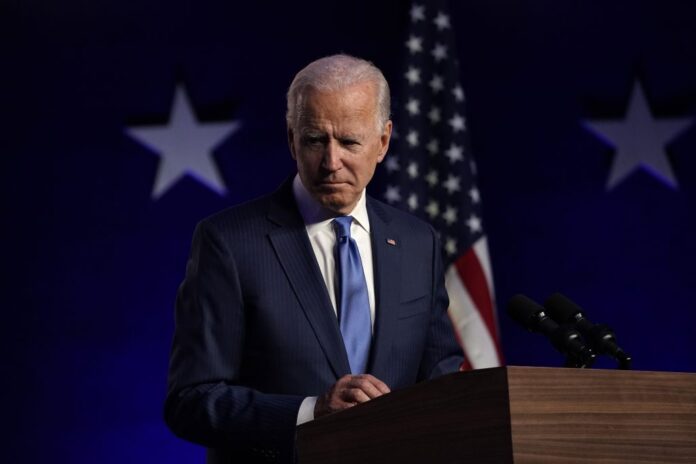 The incoming administration of President-elect Joe Biden warned Friday of risks to national security after it said the Pentagon suddenly halted briefings for the transition team.

Yohannes Abraham, executive director for the Biden transition team, said he was “concerned to learn this week about an abrupt halt in the already limited cooperation there.”

President Donald Trump, who is refusing to acknowledge his election loss to Biden, until recently held back from allowing government agencies to cooperate with Biden’s team, as is the custom.

On Friday, Trump’s acting defense secretary, Chris Miller, said in a statement that the two sides had a “mutually agreed upon holiday pause” on briefings with military officials.

Abraham said this was not true.

“There was no mutually agreed upon holiday break,” he told reporters, warning that “a failure to work together could have consequences well beyond” Biden’s inauguration in January.

The latest stumble in what is traditionally a carefully choreographed handover of power between outgoing and incoming US administrations comes as Washington reels from a massive, possibly Russian state cyber attack.

Trump has yet to give a direct statement on the hacking breach or to comment on allegations by senior politicians and private cyber security companies that it was carried out by Moscow.

Abraham said the attack was of “great concern” and that under Biden cyber attacks will meet a response inflicting “substantial cost.”

According to Abraham, the Biden team has “hope and expectation” that the Pentagon briefings will recommence “immediately.”