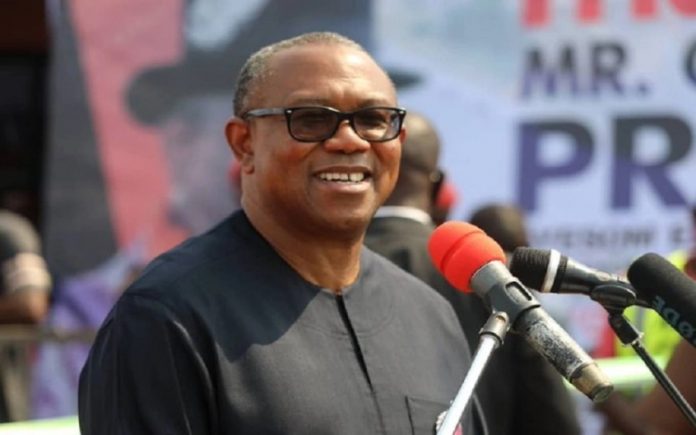 A presidential aspirant under the Peoples Democratic Party (PDP) platform, Peter Obi, says that if voted in as president of Nigeria, he will stop the usual monthly revenue allocation sharing formula and replace it with a production formula.

This was made known by Peter Obi, while addressing delegates of the PDP in Calabar in preparation for the party’s forthcoming presidential primary on May 28 and May 29.

Obi who is an industrialist and former governor of Anambra State said it was important for everybody to be productive if the nation must survive adding that other countries across the world were busy producing while Nigeria was busy sharing and consuming.

According to NAN, Obi said it was not a time to dance and celebrate as a nation but a time to work and fix the nation badly battered because of our celebration of the wrong things.

He said, “Nigeria is a nation of over 200 million people with about 100 million living in poverty, over 18 million out of school children out of which about 10 million are girls.

“We have 35 per cent unemployment rate and if we add underemployment it will rise to over 50 per cent, many of which are youths in their productive age, so we cannot be celebrating.’’

Obi who acknowledged that there was nothing wrong with borrowing as a nation as the largest economies in the world were also in debt, lamented that the problem of Nigeria was that it was borrowing for consumption.

He said, “The consequence of borrowing for consumption today is that Nigeria is spending over 90 per cent of its revenue to service debts without much production to show for it.

“Exporting crude oil has not saved Venezuela or any country, we need to invest in our massive landmass and grow our economy like other nations such as Singapore, Vietnam and even Morocco have done with tourism.’

He appealed to the party delegates to place less emphasis on sharing money as many politicians would come to share money but when it was time to vote they should consider the future of their children.

Recall that on March 25, Peter Obi, formally declared that he is running for the office of president in 2023.

Peter Obi had in April during an interview stated that if elected President, Nigeria would rather starve than borrow for consumption, warning that borrowing for consumption has not favoured Nigeria.

JAMB ANNOUNCES HOW TO CHECK 2022 UTME RESULTS, WARNS AGAINST FRAUDSTERS