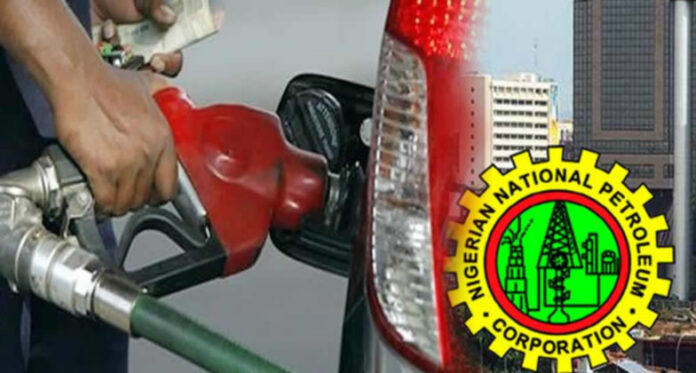 The Nigerian National Petroleum Corporation may spend N102.96bn on petrol subsidy this month going by the recent pricing template for the commodity.

It also put the ex-depot price of petrol for the month at N206.42/litre and pegged the expected landing cost at N189.61/litre.

PPPRA is the regulator of the downstream oil sector.

It pulled down Thursday’s template for petrol with an explanation that the earlier published guiding price did not translate to a hike in pump price despite reflecting market realities.

However, the ex-depot price approved by NNPC for March was N148.6/litre and the corporation insisted that it had not and had no plan to increase petrol price this month.

Ex-depot price is the rate at which NNPC sells the commodity to depot owners, from where retailers make purchase before dispensing at the pumps in filling stations.

“There is no increase in petrol price and our position is that the ex-depot price for petrol in March remains the same. So, no need to panic because there is no hike in price,” NNPC’s spokesperson, Kennie Obateru, stated.

NNPC is the sole importer of petrol into Nigeria for more than three years.

Nigeria consumes about 57.44 million litres of petrol daily, going by the most recent daily consumption figure released by the NNPC in its financial and operations report.

Therefore, the difference between the N206.42/litre ex-depot price published by PPPRA as the expected cost for March and the N148.6/litre price being sold currently to marketers by NNPC shows that the corporation subsidises petrol by N57.82/litre.

Multiplying this by the 57.44 million litres consumed across the country daily and the 31 days in March, it implies that the government through the NNPC will spend about N102.96bn as petrol subsidy this month.

When contacted on Sunday night, the spokesperson of NNPC confirmed that the pump price of petrol was not reflective of the true market price, meaning that the commodity was being subsidised by the corporation.

Obateru said, “The minister and our group managing director had explained that the current pump price is not reflective of the market forces but that engagement is ongoing with labour on this issue.

“This is to find a way in which the cost issues are addressed so as not to impact negatively on Nigerians. That engagement is still ongoing and that is why we said there will be no increment.”

He added, “Initially we said it (no increment) was in February but the engagement still continued in March, which was why we said we are not increasing it in March.

“But the fact is that the current pump price is not reflective of the expected market price for petrol. However, we have to agree with labour before taking any action.”

NNPC’s position that petrol price would not increase in March was further reaffirmed by the Minister of State for Petroleum Resources, Timipre Sylva.

Sylva had apologised to Nigerians on Friday over the publication of the petrol pricing template by PPPRA as well as the panic and fuel queues caused by the development across the country.

He insisted that despite the template, which actually reflected the realities in petrol price, the government would not increase the cost of the commodity this month, meaning that the product would be subsidised.

The minister said the President, Major General Muhammdu Buhari (retd.), had also not approved an increase in petrol price.

He said, “Neither Mr President who is the Minister of Petroleum Resources, nor my humble self who deputise for him as Minister of State, has approved that the pump price of petrol should be increased by one naira.”

Sylva explained that the Federal Government was still engaging labour unions on the matter of petrol price and would not increase the cost of the commodity without reaching an accord with the unions.

He urged oil marketers not to dispense the commodity at the N212.61/litre rate published by PPPRA, as defaulters would be sanctioned.

The Lagos Chamber of Commerce and Industry said a halt in petrol subsidy was inevitable if the economy must make progress but this should be done strategically.

Director-General, LCCI, Muda Yusuf, stated that the deregulation conundrum in Nigeria had remained a major cause for concern, as a number of critical issues needed to be aligned.

Report gathered that the country had huge economic cost of petroleum subsidy and inherent huge fiscal leakages which were clearly unsustainable.

Yusuf explained that there was the social cost of the possible increase in petrol price and the worry about possible backlash.

He noted that there was the adverse investment effect on the petroleum downstream sector resulting from policy uncertainty and inconsistencies.

He said, “Private investors will be reluctant to invest in petroleum refining if the subsidy regime persists.

“The reality is that the deregulation of the petroleum downstream sector is inevitable if the economy must progress and put an end to the corruption that comes with the subsidy regime.

“But the policy transition needs to be strategically worked out. There could be a social pricing window in the interim where petroleum products could be sold at a subsidised price.”

The LCCI director-general said filling stations of the Nigerian National Petroleum Corporation could be so designated since they exist in all parts of the country.

An energy expert, Bala Zakka, said the implication of a high landing petroleum cost would impact negatively on the government’s image.

“The inability to help functional refineries or supply distillate to citizens is an internal problem. It shows that economic managers in Nigeria especially in the downstream sector of the oil and gas are not doing well. It will affect the economy of the nation as well as the Gross Domestic Product.”

On the implication for corporate entities, he said, “Corporate entities will suffer and productivity will be affected because their staff will need to pay more to get to work. If they do not get a salary increase they would be demotivated and the quality of their work will suffer.”

He added, “Government will never be able to fix this situation as long as we are within the concept of deregulation.”

Zakka said the government will need to be careful in the regulation of its prices as it has no substitute.

He stated that the importation of petrol into Nigeria was being monopolised by NNPC and urged the Federal Government to break the monopoly.

Gillis-Harry said, “We see and hear different things from the various government agencies because of the lack of synergy and petrol subsidy (currently on now), which is a huge financial drain.

“The government should break the monopoly of petrol imports by NNPC. Other marketers are willing and ready to import products.

He added that this would only happen in a properly deregulated downstream sector.

“SERIAL BABYDADDY LIKE YOU” – IYABO OJO DRAGS DAVIDO FOR CALLING...

collaboration Between the Permanent Mission of Nigeria to the United Nations,