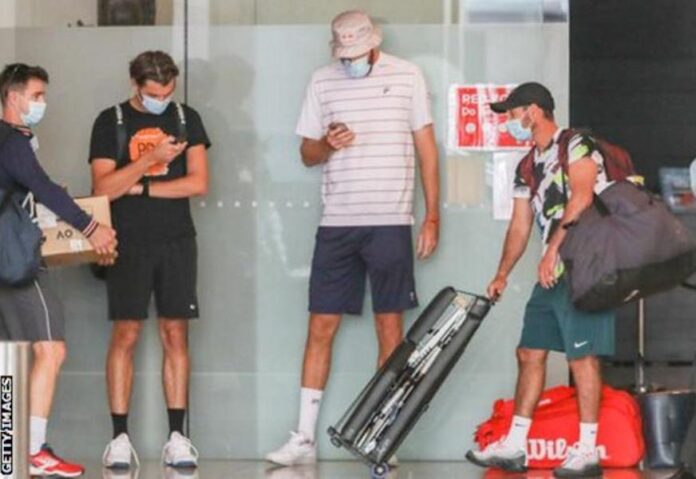 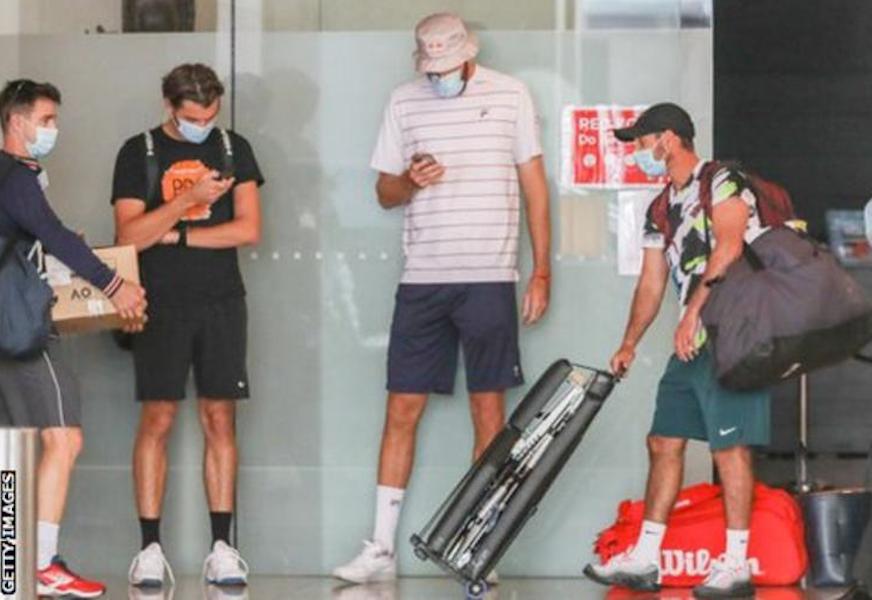 Between 500 and 600 Australian Open players, officials and support staff will go into isolation after a worker at one of the event’s quarantine hotels tested positive for coronavirus.

Thursday’s play at the six warm-up events at Melbourne Park has been cancelled as a result.

But Victoria Premier Daniel Andrews said: “At this stage there is no impact on the tournament proper.”

Players will be free to return to competition after a negative test.

“We will work with everyone involved to facilitate testing as quickly as possible,” said Australian Open organisers.

The Grand Slam tournament, which was pushed back by three weeks to enable players to quarantine, starts on Monday.

Andrews said a 26-year-old man had tested positive for Covid-19 – which could be the UK strain of the virus – after working at the Grand Hyatt hotel in Melbourne’s Central Business District.

The security guard tested negative after his final shift at the hotel on 29 January, but returned a positive result after he was tested again on 2 February.

This was one of the hotels where some of the 1,000 players, officials and support staff stayed to complete a 14-day quarantine period on their arrival in Australia.

Andrews said the 500-600 people connected to the Australian Open were deemed to be “casual contacts” of the man.

“This is one case, there is no need for people to be panicked or alarmed,” said Andrews, who announced the state of Victoria would return to some restrictions including masks to be worn indoors.

“We have proved as a state very successful in managing these sort of outbreaks and issues.”

Australia has imposed some of the world’s toughest restrictions over the past year in a bid to suppress the coronavirus.

Months of strict border controls – both internationally and domestically – have helped limit Covid-19 cases to less than 29,000 and deaths to less than 1,000.

Asked about the impact of the hotel worker’s positive test on the Australian Open, Andrews added: “We have one case and we are going to work very hard to keep the numbers as low as we can. The decision has been made and the event will proceed next week.”