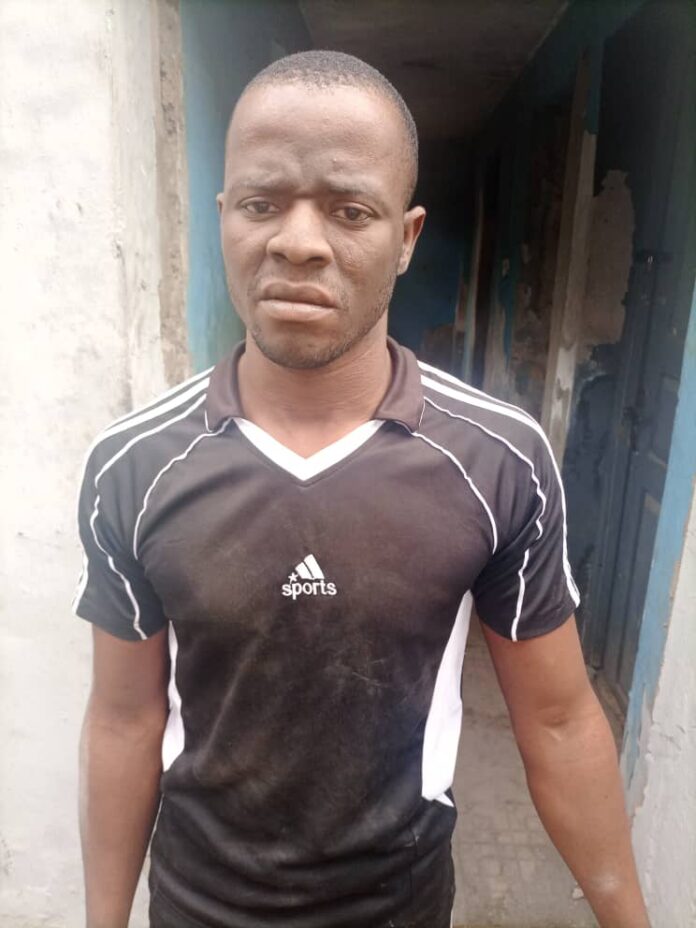 The police operatives attached to Makinde Police Station, Osodi, have arrested one Jane Otubo, m, 28, of No 3, Eniola Street, Mafoluku, Osodi, a food stuff trader, who hails from Enugu State for alleged homosexuality on 18th March, 2021.

The suspected gay had invited one Francis Azeez, m, who resides at Gwagwalada Area of Abuja and paid for his transportation fare to his place in Mafoluku, promising to assist him to establish a business.

But trouble broke out when Otubo made frantic attempts to have unlawful canal knowledge of the invitee who had spent a week with him.

The guest, Francis, who resisted him, made efforts to escape to Abuja in the morning when he was assaulted severally by the suspect. This attracted the neighbors’ attention who eventually informed the Police.

The Landlord of the suspect, popularly called Alfa, confirmed the allegation of Francis that the suspect had been indulging in the infamous act of which the Landlord had settled several issues relating to his improper and criminal act in this regard.

In the same vein, the police operatives attached to Ago Okota Division of the command have arrested a serial rapist, one Onuorah Obi, m, of No 1, Buari Oloto Street, Ago Okota, on 17/3/2021 at about 6.30pm. The victim, ‘f’, 25, of Ago OKOTA reported that the suspect raped her and recorded her nude pictures and videos.

The police swung into action and arrested the suspect. When a search was conducted on his phone, nude pictures and videos of the victim were recovered from the phone.

The Commissioner of Police, Lagos State, CP Hakeem Odumosu has condemned these heinous acts of the suspects and ordered that the matters be transferred to the Gender Unit of the command for further investigation and prosecution.

The police boss also reaffirmed the command’s steadfastness in combating crimes and criminality, in collaboration with all relevant government agencies and groups in the state.

WOMAN KILLS HER HUSBAND IN ONDO OVER MISTRESS’ PHONE CALL