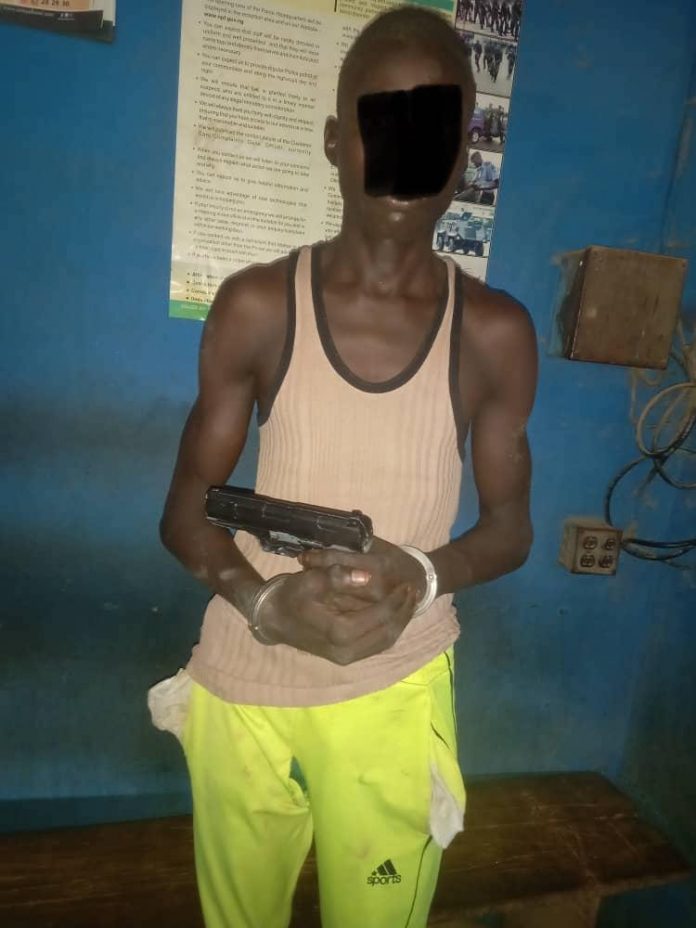 Operatives of the Lagos Police Command have arrested a suspect for alleged possession of a Firearm.

In a press statement e-signed and released to the National Association of Online Security News Publishers, NAOSNP by the Command’s Spokesperson, SP Benjamin Hundeyin stated that, “Officers of Ikorodu division of the Lagos State Police Command have arrested one Kabiru Garba ‘m’ along Igbogbo Ikorodu road.”

According to the, “The suspect was arrested at about 2300hrs on Friday, June 4, 2022 after he took to his heels upon sighting policemen on routine patrol.

After a thorough search of the suspect, a Beretta pistol was found in his possession. Preliminary investigation has begun to unravel more details about the suspect, his activities and source of the firearm. Suspect would be arraigned in court at the conclusion of investigation.

The Lagos State Commissioner of Police, CP Abiodun Alabi, fdc, has assured residents of Lagos State that efforts are being redoubled towards eradicating all forms of criminality in the state.